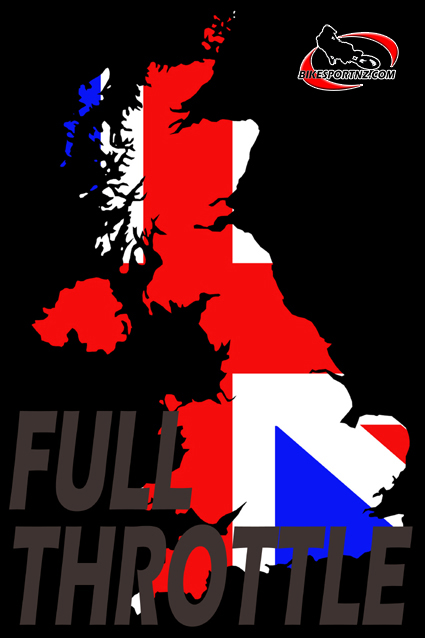 The British Motocross Championships kicked off near Exeter at the weekend with plenty of winners but also a bit of a mixed bag for the three Kiwi riders at the event.

The MX1 and MX2 races produced no less than five different winners in the opening round of the 2011 Maxxis-sponsored series.

Early in the day it looked as if the Cosworth Bike It Wild Wolf Yamaha team was likely to dominate proceedings with American Zach Osborne winning the opening two MX2 races, while Jason Dougan took a comfortable win in the MX1 class.

However, Osborne suffered a mechanical failure in the third moto, which kept him off the podium at the end of the day and allowed his Swiss team-mate Arnaud Tonus to claim overall victory ahead of Matiss Karro (Route 77 MVR-D Honda) and Jake Nicholls (HM Plant Red Bull KTM).

Tonus’ score of 2-2-1 was enough to give him an early 13-point cushion over Karro who actually scored the same points as Nicholls, but a strong final moto gave the Latvian second spot on the podium. Osborne lays fourth, 19 points adrift of his team partner.

In the MX1 class, more drama as one of the pre-event favourites, Stephen Sword (Buildbase CCM) suffered two back-to-back DNFs in the opening motos as his rear mousse failed to stay inside the tyre.

However, he made amends and a possible damage limitation exercise by just holding off the eventual podium topper, Shaun Simpson (Honda), to win the final moto.

Sword’s disappointment could have been worse, but his main rivals were squabbling over the top points in each race, but he leaves round one 41 points off the lead and the red plate which belongs to Simpson. Simpson, known as “Braveheart”, took the top step on the podium thanks to three second-place finishes, behind Dougan, Tom Church, on the second Buildbase CCM, and Sword.

With doubt over whether Simpson will compete in the whole championship series due to his teams need for him to contest the Belgian championship, Church effectively leads the standings three points behind the LS Motors Honda rider.

In the supporting Veterans’ class, it was the usual three who stood on the podium at the end of their two motos, Greg Hanson (MotoXtreme Kawasaki) scoring a 2-1 to head fellow Kawasaki rider Brian Wheeler (Maxxis Henderson LPE Team) who could only back up his first race win with a fourth in the second moto. Reigning champion Terry House took the lower step on the podium with a 3-2 finish.

The next round of the championship takes place in three weeks’ time at the Canada Heights circuit in Kent where the MXY2 (Youth) will join the MX1 and MX2 classes.

The three Kiwis at the British Champs had mixed results.

In the MX1 class, Hawke’s Bay’s Kieran Scheele qualified 21st in his group and then finished 26th, 27th and 17th to end up 20th overall.

Also in the MX1 class, Wellington’s Bjarne Fredriksen qualified 37th in his group and finished 30th, 26th and 32nd but outside of the 28 riders who scored points at the event.

In the MX2 class, Rotorua’s John Phillips managed 32nd overall in qualifying but then scored no points in race one, DNFed the next race and then did not start the third moto.

Mangakino’s Kayne Lamont had been due to race at this event at the weekend but he still has visa issues to sort out and he knew last week that he was never going to be a starter at this round one event. He is instead racing in the MX2 class at round one of the Australian Motocross Championships in Victoria this coming weekend.