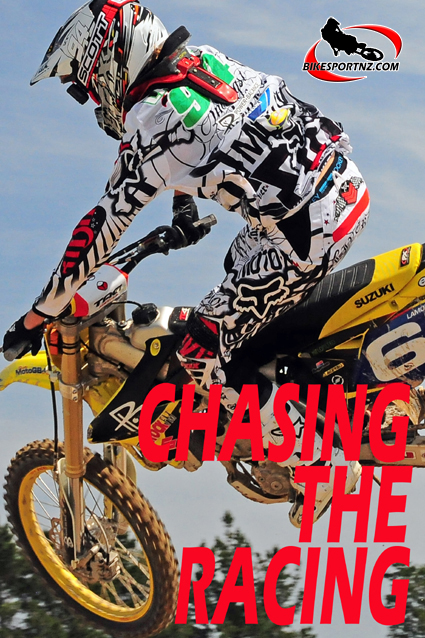 Delayed yet again from beginning his 2011 European adventure as problems persist with the paperwork around his visa application, the frustrated Kiwi ace refuses to just sit at home feeling sorry for himself.

Lamont (Power Balance MotoGB BikesportNZ.com Suzuki RM-Z250) rocked up to compete at rounds one and two of the Demon Energy New Zealand Motocross Championships and now he looks to further utilise his enforced time in the Southern Hemisphere by crossing the Tasman Sea to race at the opening round of the Australian Motocross Championships this weekend.

He was due to be in the United Kingdom nearly a month ago, joining the high-profile Rob Hooper Suzuki Motocross Team, but mistakes with the wording on his visa application meant his UK team, through the British ACU (Auto Cycle Union), was forced to re-apply and to await the slow-moving British bureaucracy to process the re-submitted documents.

“We have been very impressed with what we have seen of Kayne,” said Foreman yesterday.

“He is such a great rider for someone so young. When we could see that he was stuck, we were obviously keen to have him come over and ride for us.

“He will fit in nicely with our team. There are no guarantees for riders and their contracts anywhere, so this gives him and us a chance to see how things go with an eye on the future. There could be a future opportunity for him with us after his UK experience has run its course.”

Lamont said he was looking forward to the Australian trip. The last time he raced in Australia was in Queensland in 2007.

“I was due to leave for the UK on February 16, just two weeks after what was supposed to be my last race in New Zealand, the Woodville Motocross, but now it looks like it will be a month after that, on March 18, before I finally head to Britain.”

In the meantime, Lamont will make the most of every opportunity he has to race, in no matter which country, and perhaps continue to enhance his international reputation.