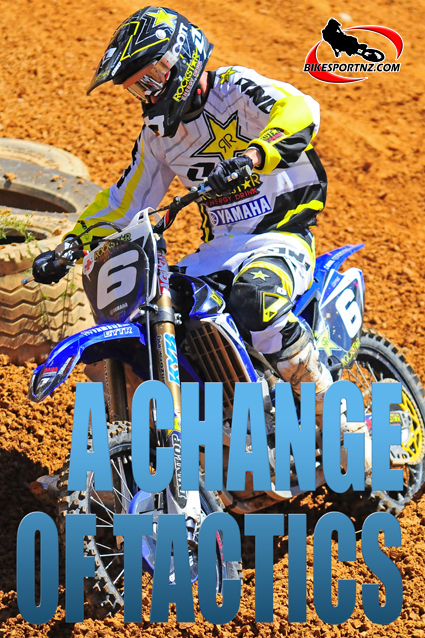 If Josh Coppins has one problem, it’s possibly that he’s too cool by far.

The Yamaha ace heads across the Tasman this weekend to enter a competition where the races could be all over just as he’s warming up.

With 15 years of Grand Prix experience under his wheels, the 34-year-old father-of-two is quite at home dealing with the long 40-minute races on the world championship circuit.

He knows he’s going to have to turn up the heat a little more quickly if he’s going to beat the best Australasian riders at their own game – the races at this weekend’s opening round of the Australian Motocross Championships will be close to half that duration this weekend, virtual sprint races for the GP ace.

So the man from Motueka kicks off his Australian campaign in Victoria this weekend a little bit uncertain about what to expect.

“It’s going to be strange coming from a race scene where we do 40-minute races … that might be my weakness. I’ve got to be going fast right from the first lap and that’s something I’ve been working on with my training.”

It’s been some time since he last raced on Australian soil, but now that he’s abandoned Europe in favour of a more settled life back home in New Zealand, Coppins is looking forward to whatever fresh challenges might pop up.

“It’s really professional in Australia so it’s great to come and race here, plus spend a little bit more time at home – I’m excited about it,” said Coppins, who races for the MXDK Rockstar Yamaha team in New Zealand and for the CDR Rockstar Energy Yamaha Team in Australia.

“All that I can do is give it 100% every week. After 15 seasons in GP racing I’m looking forward to what this championship presents.”

“Obviously Jay is really good and he’s just own three titles in a row in Australia but there are plenty of other good riders as well,” said Coppins.

The nine-round Australian series kicks off at the Broadford circuit, in Victoria, this Sunday (March 13) and winds up at Coolum, in Queensland, on July 31.

Immediately after next weekend’s Aussie opener, Coppins will return to complete his Kiwi campaign with round three of the New Zealand championships set for Rotorua on March 20 and the fourth and final round in New Plymouth on March 27.

The New Zealand championships series is at the halfway point and, in that battle, Coppins leads the MX1 class by six points from Mount Maunganui’s Cody Cooper (Power Balance MotoGB Suzuki).