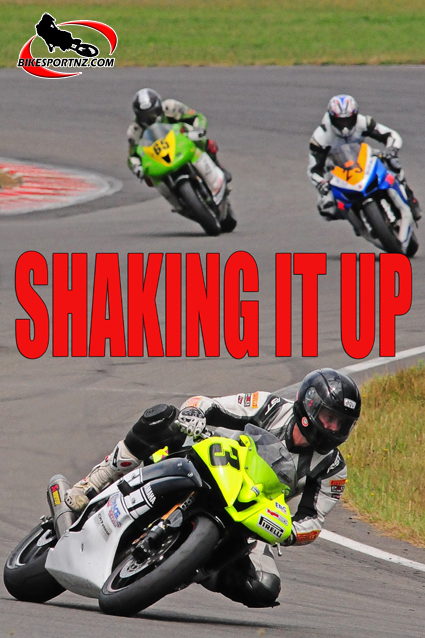 Reshaping of the earth is something that Christchurch landscaper John Ross is well accustomed to, just not quite on the scale of the massive earthquake that hit his home city last month.

The 29-year-old motorcycle ace can also well do without the disruption to his campaign for national championship honours but he is determined to overcome the odds, and his nearest rival, fellow Christchurch earthquake victim Dennis Charlett, in the coming months.

Ross (Yamaha) and Charlett (Suzuki) will each push aside the huge distraction of the earthquake to send out a few earth tremors of their own when the national superbike championship resumes at Hampton Downs, near Meremere, in just over two weeks’ time.

There has been little to separate the two South Island riders on the race track in their chase for national 600cc supersport honours, although the points table does heavily favour Charlett as he enjoys a 22-point advantage over Ross after three of the five rounds thus far.

“But that’s something I’m going to attend to at Hampton Downs,” said a defiant Ross this week, who will take his Yamaha R6 up north with the sole intention of winning

“Nothing less will do really.

“I’m determined to get back to the top,” a position he shared with Charlett after round one in January but lost in the treacherous wet conditions at round two a week later.

“I was the fastest rider at Ruapuna (round three in mid February) but made a few too many mistakes and had poor starts. I broke the lap record at Ruapuna and raced through from about sixth position to finish second in the day’s last race but, once again, I lost ground on Dennis (Charlett).”

However, if you’re only as good as your last race, then Ross is very good indeed and he’ll be looking to translate that top form into solid points at Hampton Downs, and at the fifth and final round at Manfeild the following weekend.

But 22 points is a lot of ground to make up and Charlett knows that, as long as he does nothing silly over the next two months, he could reclaim the national 600cc crown he last held in 2008.

Third in the 600cc supersport standings is multi-talented Taupo rider Scott Moir (Honda), a further 26 points back from Ross, while Invercargill’s Jeremy Holmes (Honda) and Wellington’s Glen Skachill (Suzuki) are both within striking distance.