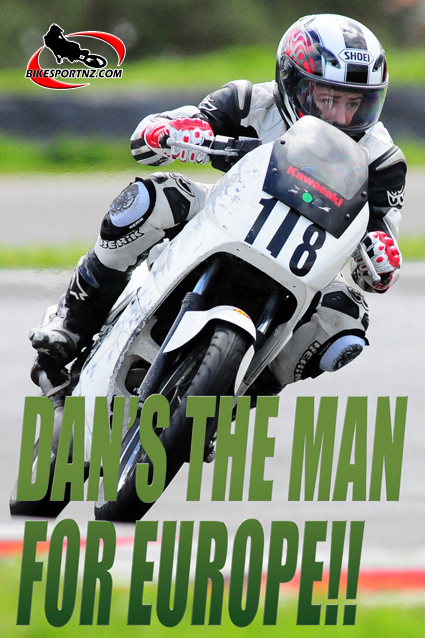 The next superbike world champion could be the teenager living right next door in Auckland.

Glen Eden’s Daniel Mettam has been making big waves in the New Zealand road-racing scene in recent months and he’s ready now to branch out and try his luck overseas.

The 15-year-old Kawasaki ace has already dipped his toes into the international scene, having headed to Spain last September to trial with the Red Bull Rookies race programme. 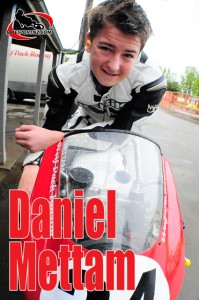 He did enough during that trip to impress all the right people and now he’s heading back to compete in the European Junior Cup, a support class at six rounds of the Superbike World (WSBK) Championships this season.

The European Junior Cup is an entry level series to the WSBK Championships for 14 to 17-year-old racers from all around the world.

For the $40,000 entry fee, up to 20 young riders from all around the world are supplied identical fuel-injected Kawasaki Ninja 250cc bikes, which they will own at the end of the series.

The fee also takes care of transport for the bikes between rounds.

“Kawasaki has really upped the ante in superbikes and Kawasaki is also the bike of choice for this competition,” said Mettam’s father, Glenn.

“I’m heading away with Daniel and we are both very excited about it. We only found out this was going to be possible a few weeks ago. It’s thanks to west Auckland couple Phil and Cheryl London that we have the sponsorship needed.

“This is the chance of a lifetime for a young racer and to be in this major showcase series, racing in front of crowds numbering around 100,000 is pretty huge.

“Daniel is still young enough that he will still be eligible for this series next year too.”

There is also another Kiwi link to the series, with former 500cc GP star Simon Crafar, originally from Waiouru, named as the series’ junior coach.

Crafar raced for Kawasaki in motocross and road-racing for many years before he made a name for himself internationally, the highlight being when he beat Mick Doohan to win the British 500cc GP at Donington Park in 1998.

Crafar started 123 WSBK races over a period of 10 seasons, although he only competed in four full seasons between 1994 and 1997.

He enjoyed his best season in 1997 whilst riding for Kawasaki, scoring seven podiums and a pole position on the way to finishing fifth overall.