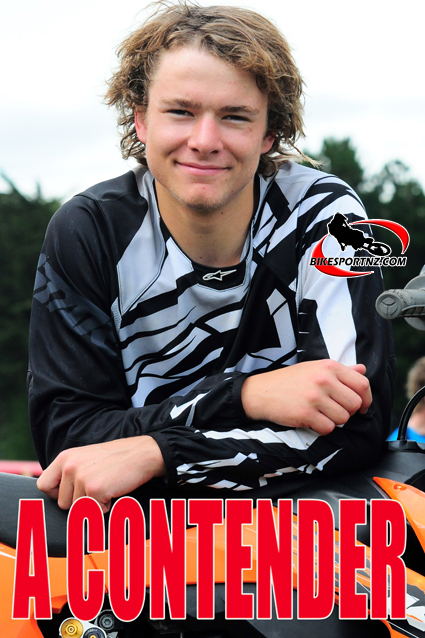 Sherwood, rehabilitating from a broken femur, is poised to become the shooting star of international freestyle motocross.

At just 18 years of age, he won two of the classic events on the Red Bull X-Fighters Tour last year, in Moscow and London, and seems set for a remarkable career.

In Moscow’s Red Square in June, he fought off strong opposition from world champion Nate Adams to win. Six weeks later in the grounds of London’s Battersea Power Station, he kept a cool head in front of 30,000 fans as he threw down huge trick after huge trick to beat Adams again.

In his first X Games appearance in July, Sherwood won the silver medal.

The Laureus awards are voted on by 46 of the greatest sportsmen and sportswomen and will be unveiled at a televised awards ceremony in Abu Dhabi on Monday, February 7.

Also nominated with Sherwood for the Laureus world action sportsperson of the year are the All Blacks rugby team, the world’s two top surfers, Australia’s Stephanie Gilmore and American Kelly Slater, Britain’s BMX star Jamie Bestwick, Spanish windsurfer Victor Fernandez and American snowboarder Shaun White. The All Blacks were also shortlisted in 2006 and 2007.

Sportsman of the Year

Sportswoman of the Year

Team of the Year

Breakthrough of the Year

Comeback of the Year

Sportsperson of the Year with a Disability

Action Sportsperson of the Year