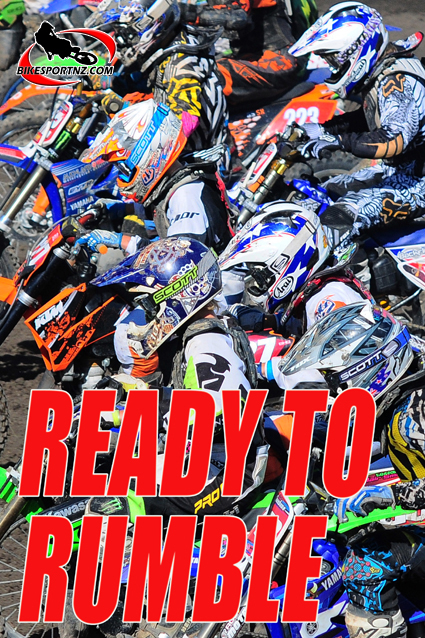 The largest event on the New Zealand motorcycling calendar just got even bigger.

The Manawatu-Orion Motorcycle Club celebrates its 100th birthday next year and has organised a vast range of activities spread throughout the year, with “the greatest show on turf”  — the annual Honda New Zealand Motocross Grand Prix at Woodville on January 28-30 — the first and biggest event on the jam-packed calendar.

To make it a double celebration for the club, the iconic Woodville motocross is also celebrating its own birthday, its 50th.

Since the stand-alone event was first staged half a century ago, in 1961, the Woodville Motocross has grown to become the jewel in New Zealand’s motocross crown.

Founder of the event is Manawatu Orion Motorcycle Club life member Tim Gibbes, who was a Grand Prix motocross racer in Europe in the 1960s.

It was from a fairy-tale beginning in the 1960s that the event has flourished and matured and, remarkably, it can list current, former and future world champions among its glittering list of alumni. Many of those riders from the past have already indicated that they will return from overseas to join in the club’s celebrations that weekend.

The drawcard riders for the main race categories include former world MX1 No.2 Josh Coppins, of Motueka, national MX1 champion and defending Woodville champion Justin McDonald, of Christchurch, former New Zealand and Australian motocross champion Cody Cooper, of Mount Maunganui, and former United States cross-country champion Paul Whibley, of Pahiatua, but they will be just three of many hundreds of world class riders who will make their way to the grassland property at the eastern end of the Manawatu Gorge.

The 50th celebrations for the weekend begin for guests on Friday (Jan 28) with a short local bus tour, including a visit to the Thomson Motorcycle Museum at Kairanga.

On the Saturday, the guests, including riders who were competitors at Woodville in the 1960s and 70s, will go on an “old battlefields” bus tour of many old “scrambles” tracks around the Manawatu region, eventually arriving at the Woodville circuit where racing at the 2011 edition of the event will already be underway for the mini, junior and vintage riders.

Some of the “old iron” raced at Woodville 50 years ago has been lovingly restored and still pumps out enough horsepower to get the adrenaline flowing. Some of the European riders from the “Gibbes era” have already indicated they will be back to ride in January, with Vintage MX racing part of the programme.

Sunday is the main race day at Woodville where the programme includes races for seniors and veterans, as well as the fabled river race for the die-hard enduro exponents.

Shayne King, the 1996 500cc world champion, remains the most successful rider in Woodville’s history – with a staggering nine wins to his credit – and the 40-year-old is expected to return from retirement to race at Woodville just one more time.

Other events planned by the club for its centenary year in 2011:

May 14: Beach Race at Waitarere.

October – the weekend before Labour Weekend: NZ Veterans’ MX Champs not yet confirmed.

November 5-6: BSA Shield Trial. This could also include a VMX event TT, hill climb and scramble. This will be final event of year and include the Centenary Dinner.