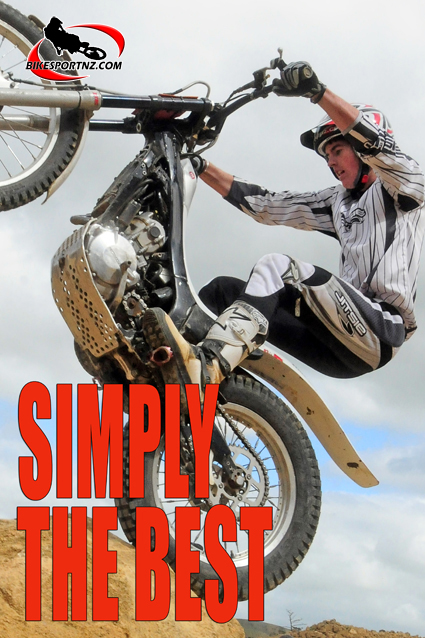 Wainuiomata’s Jake Whitaker was at his scintillating best at the weekend.

The teenage motorcycling sensation trounced the field in the elite Expert Grade at the 2010 Plumbing World New Zealand Moto Trials Championships held in the Christchurch region over Labour Weekend.

“He’s a class above everybody else at the moment,” said event organiser Derek Scott. “The sections were not easy but his scores were unbelievable. He certainly wowed the crowds and even had a sizeable gallery of spectators following him around … just like Tiger Woods really.”

The weather over the three days was “stunning” but that didn’t mean the course was any less slippery than if it had rained all week as the riders were sent through creek beds and then up slippery banks.

The Oliver family from Nelson had a bountiful weekend as dad, Stephen, and his two sons, Nick and Peter, collected three titles.

“Hibbs was last in his class after the first day but rode very well indeed to drag himself back to finish third. That was very impressive,” said Scott.

Motueka’s Daniel Clark won the Clubman Grade, ahead of Dunedin’s Gavin Fox and Tauranga’s Nigel Shilton, while Auckland youngster Liam Draper was too good for his rivals in the Junior Grade, winning from Motueka’s Brady Inwood and Te Puke’s Ben McLeod.