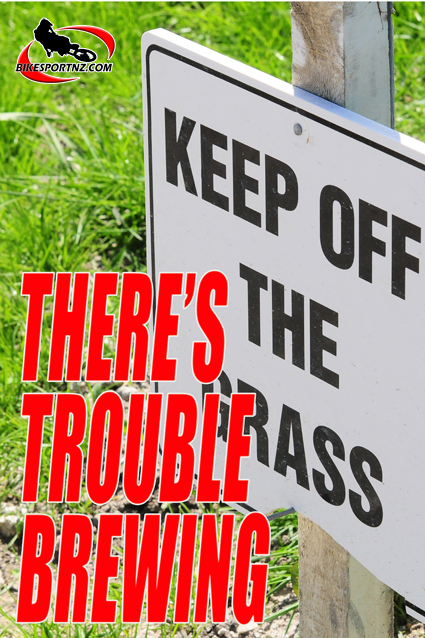 The alarm bells are ringing.

If recent developments in the United States are any indication, dirt bike riders in New Zealand need to take heed.

Vast areas of land may be closed off to dirt bikers in the US as the Greenies there move to restrict access to the land by motorcycle riders and other recreation groups.

In New Zealand we are still blessed with having many areas in which we can ride dirt bikes, be it on private farms or public-access riverbanks and forest tracks.

Beware though because irresponsible actions by motorbike riders in public areas here will only give ammunition to those who fear or despise dirt bikes and ATVs.

In a proclamation declaring September 2010 as “National Wilderness Month,” United States President Barack Obama extolled the virtues of federal wilderness. The proclamation raises concerns indicating that the administration may press to close off more public land to responsible motorised recreation.

The President noted in the proclamation that last year he signed the Omnibus Public Lands Management Act — controversial legislation that permanently closed 2 million acres of public land nationwide to off-highway motorcycles, all-terrain vehicles and all other motorised vehicles by designating the land as Wilderness.

“This month, we must renew our pledge to build upon the legacy of our forebears,” Obama said in the proclamation. “Together, we must ensure that future generations can experience the tranquility and grandeur of America’s natural places.”

The legislation consisted of a daunting collection of more than 160 pieces of legislation and more than 1300 pages of text. Lawmakers complained that they didn’t even have the opportunity to review as many as 70 of the bills that were part of the legislation before being forced to vote.

The AMA questioned the Wilderness designation, and maintained that it was inappropriate because much of the land in question failed to meet the legal definition of Wilderness established by Congress in 1964.

“However, when those lands include roads, trails, power lines, dams, bridges and structures, they do not meet the clear definition of Wilderness. All recreationists must protest these unfair measures before responsible motorised access to public land is lost forever.”

Despite tens of thousands of e-mails and phone calls from riders, which were instrumental in derailing the original legislation, congressional manoeuvring breathed new life into the measure by inserting its language into an unrelated bill, H.R. 146, known as the Revolutionary War and War of 1812 Battlefield Acquisition Grant Program. Congress then passed that legislation and the president signed it into law on March 30, 2009.