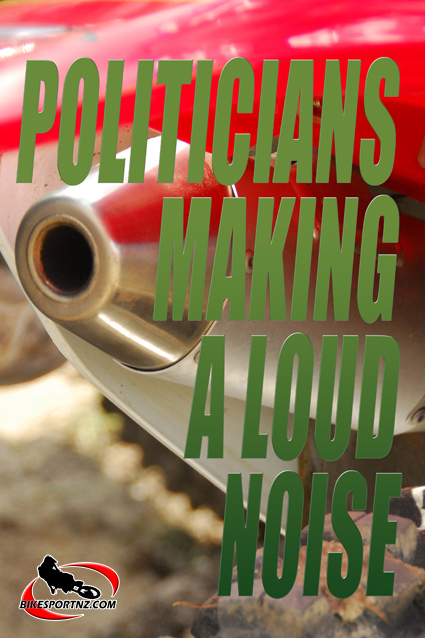 It has repercussions for all motorcycle riders, as impact from this may yet be felt in this part of the world too.

That bill is now sitting on the desk of Governor Arnold Schwarzenegger.

The SB 435 bill would require stock exhaust on all model year 2013 and newer motorcycles.

Despite state Senator Fran Pavley’s claims, it is believed the bill will do little to address excessive sound or reduce emissions, and is still unfairly targeting motorcycle owners.

In a letter, dated August 5, 2010, the American Motorcyclist Association (AMA) sent a letter to Governor Schwarzenegger urging him to veto SB 435.

In response to the Senate’s passage of SB 435, the AMA sent a follow-up letter, dated August 31, 2010, to the governor, continuing to urge a veto.

The AMA has several points to make on the issue:

As written, SB 435 is not practical in a real world traffic stop situation due to the inconsistent location of the federal label, making it difficult for law enforcement to locate. These labels can be positioned on different locations depending on the type of exhaust and/or style of the motorcycle. This will result in improper and unwarranted citations.

Furthermore, the AMA says, after-market exhaust systems are not always louder than stock systems and can be installed for a variety of legitimate reasons.

Stock exhaust can wear out over time, be damaged, unavailable or prohibitively expensive. If signed into law, motorcyclists, and motorcyclists alone, will be forced to purchase Original Equipment Manufacturer (OEM) parts, while automobile drivers will continue to be allowed to install exhaust components from non-OEM sources.

According to the AMA, this bill is discriminatory and punitive.

It will serve only to drive up the cost of ownership for every rider while doing little or nothing to actually address the issue of excessive motorcycle sound.

Motorcyclists in America have been urged to write to their local politicians. This is not the last we will hear of it.

We watch with interest for further developments and await the impact these developments might have on bike riders in New Zealand too.