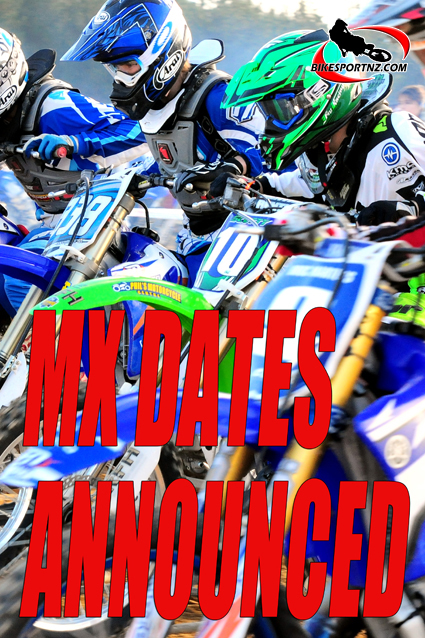 Instead of running through from October to November, as has happened in past years, the nationals will have a “gap year” and not be run at all in 2010.

Instead of this, the next time Kiwi riders will fight for national honours, it will be in February and March next year.

This reasoning behind this radical change is explained below:

* With better and more settled weather, Motorcycling New Zealand hopes to encourage more spectators to attend and give the sponsors better value for their money and wider exposure for their brand

* With new bikes arriving later and later in the year, by moving to early in the year the industry will all have their new bikes in the country.

* For the clubs/volunteers who make these events happen, more public through the gate equates to better revenue for all their hard work.

* For the riders, they will have the opportunity to train with the benefit of summer and daylight saving, rather than going into the championships from the depths of winter.

An added advantage with the moving of the motocross championships is it will enable the supercross season to run prior to the motocross season and will also assist in aligning the New Zealand MX/SX seasons with that of our Australian neighbours.