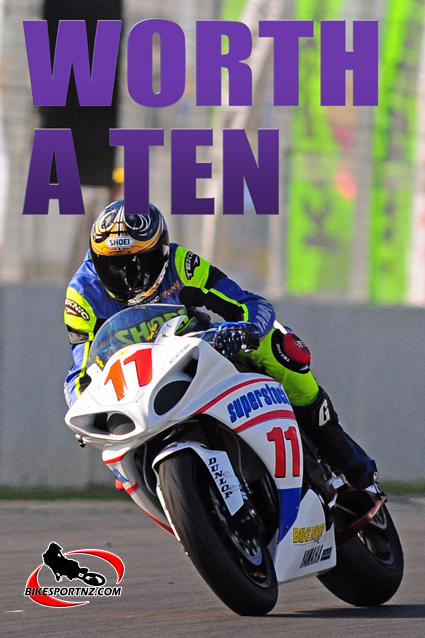 Whakatane motorcycle ace Tony Rees will return to racing fulltime in 2011 and possibly make it a nice round 10 for the number of national road racing titles with his name on them.

Away from the sport for the past five years, the 42-year-old’s comeback this season was little more than a flirtation as he contested just one round of the Battle of the Streets series and two rounds of the Superbike nationals.

The two-time former national superbike champion – he was winner in that class in 2000 and 2005 — entered just the final two events of the five-round New Zealand Superbike Championships this season and yet he still ran off with New Zealand title No.9, capturing the Open Stock Production title when the series wrapped up at the new Hampton Downs circuit, near Meremere, in March.

This class was a battle-within-a-battle with Rees lining up on a stock standard Yamaha R1 alongside the fully “tweaked” superbikes of men such as Andrew Stroud and Australian international Robbie Bugden.

Even so, time and again Rees found himself in the thick of the action, trading places with the souped-up superbikes in the top half of the field.

“I really enjoyed racing the nationals this year,” said Rees. “I want to do it all over again, only this time I’ll race the whole series. I’m not sure whether I will race the stock production or full superbikes class. That remains to be seen,” he said.

“I don’t think you can ever really give up. Not if you’re still enjoying the racing. I’ve won nine national titles in my time, two of them in the superbike class, and it would be nice to make it 10 before I finally do retire.”

The five-round series will be as follows: