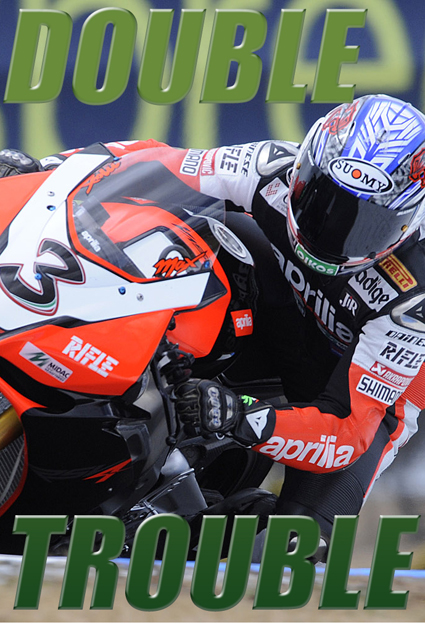 Italy’s Max Biaggi has kept up his winning form in the World Superbike Championships with another outright result, this time at the eighth round of 13 in the series at Misano at the weekend.

This moved the Aprilia rider further ahead in the championship standings, now 37 points ahead of Britain’s Leon Haslam.

In front of 69,000 fans, Biaggi was eventual winner after some early flurries of overtaking activity, but Superpole winner Troy Corser (BMW Motorrad Motorsport) was a co-star in race one, leading for 16 laps before yielding to Biaggi, then finishing third.

Haslam (Suzuki Alstare) fought back from eighth in race one to go second in race two, and keep Biaggi in his sights for the final five rounds of the year. In the overall championship Biaggi has 307 points, Haslam 270 and Carlos Checa (Althea Ducati) 172.

“Especially so because I didn’t expect it and because doing so well in Italy, in front of our supporters has a very special flavour for us. The conditions are difficult because of the lack of grip. Already after five or six laps I started to drift.

“After overtaking Troy, I tried to push as hard as possible because I saw that the times were still high, but I couldn’t shake him or Checa because the risk for mistakes was too high.”

Biaggi (Aprilia Alitalia) was in unbeatable form in race two, surviving some hard early passing moves by his main rivals to get clear of the pack and push on to win, easing up across the line, by 4.095 seconds.

This was double number four for the season.

Haslam was a committed second after changing his machine and rear tyre as he attempted to halt Biaggi’s championship surge. Fabrizio returned to some of his best form by going third, holding off the determined Cal Crutchlow (Yamaha Sterilgarda). Checa was fifth after being ambushed in the early laps, Guintoli sixth and Byrne seventh. Luca Scassa was an impressive eighth for the local Supersonic Ducati Team, with Haga ninth and early leader Corser tenth after losing ten seconds in one lap.

“In such a tough and well balanced championship, all of the victories are earned with hard work and sweat,” said Biaggi.

“In race two, to be honest, maybe I rode … pushing the envelope a bit, maybe even risking too much. But on the other hand, without risk there is no gain! This race represents a crucial moment for us and for our season we are coming out with our heads held high. As always I want to thank everyone from the bottom of my heart: from the guys on the team to our supporters. Victories like this never happen by chance and these ones in particular are well deserved by a large family which works together toward a common goal”

Eugene Laverty (Parkalgar Honda) got the better of his peers at Misano and in taking another win he went back into the lead in the championship.

Britain’s Gino Rea had an awesome start on the Intermoto Czech Honda machine but was taken out in the collision with Pirro.