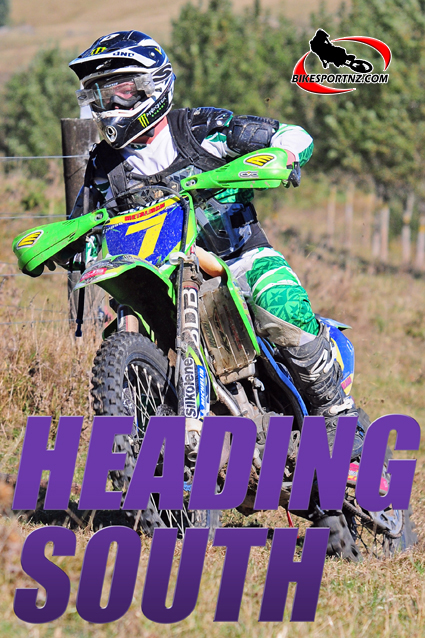 That’s when the Suzuki National Cross-country Championships come to a head as the four-round series winds up on hilly Canterbury farmland, in the Greta Valley, near Cheviot.

“The racing has been very close at the top. It comes down to the wire at this final round and that’s exciting,” said Searle.

With points from only three of the four rounds to count toward the senior championship, nothing is cut and dried as the nation’s elite arrive to race this weekend.

Even after three rounds of cut-and-thrust action, four or five riders are still capable of winning the series outright.

This weekend’s event is also the second and final round for the juniors. 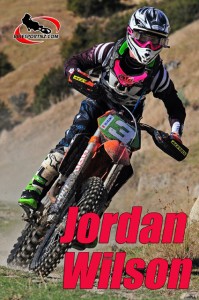 Palmerston North’s Jordan Wilson (KTM) won the opening round for the juniors, near Martinborough a fortnight ago. The junior class runner-up that day was Raglan’s Jason Dickey (Kawasaki) (pictured above), with Cambridge’s Chris Foster (Yamaha) finishing third.

“I’ve been especially thrilled with the turn-out of junior riders,” said Searle.

“This is where the future stems from. We have already seen former junior riders such as Michael Vining (Huntly), bothers John and Lance O’Dea (Napier) and Charles Alabaster (Raetihi) step up and impress in the senior ranks this season.”

Both the senior and junior series have been sponsored this season by Suzuki, DRD magazine, Hydraulink fluid connectors.