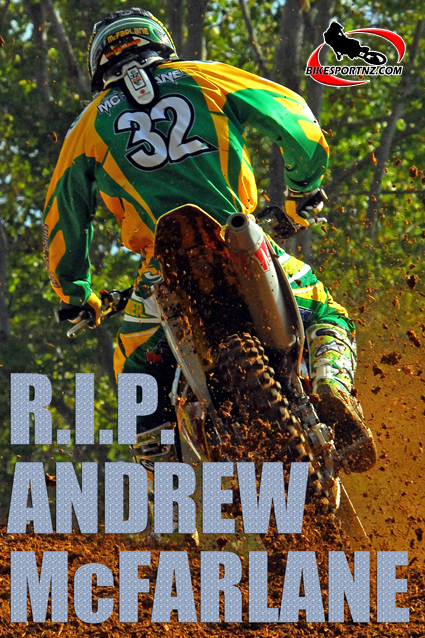 McFarlane was involved in an on-track incident at the third round of the 2010 Australian Motocross Championship at Broadford on Sunday (May 2) and has passed away.

Paramedics spent almost an hour trying to revive the 32-year-old Queenslander but he died at the track at the State Motorcycle Sports Complex in Broadford, north of Melbourne.

Motorcycling Australia (MA) and Victoria Police are now both investigating the incident. 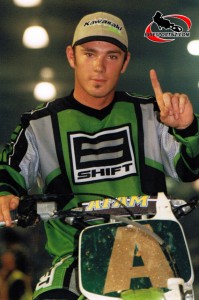 He represented his country a number of times at the Motocross of Nations.

He also raced for noted GP teams Rinaldi Yamaha, De Groot Kawasaki, Dixon Yamaha, and Rizzi Yamaha and was riding for Yamaha when he finished second in the MX2 Motocross World Championships in 2006, behind Italian Antonio Cairoli (Yamaha).

MacFarlane had recently returned from racing in America to race in Australia before retiring.

Andrew McFarlane is survived by his wife Natalie and young daughter.

It was 10 years after making his World Motocross GP debut at Broadford, Victoria, that McFarlane returned to the State Motorcycle Sports Complex at the weekend.

Scoring a wildcard ride at the World MX GP round held at Broadford in 2000, McFarlane (then on Kawasaki) put the field of experienced world championship riders on notice, leading for the majority of the race before finishing in third place in the 500cc class, behind Belgian pair Joel Smets (KTM) and Marnicq Bervoets (Yamaha).

Having secured an international factory ride, the Brisbane local then spent a year based in Italy, riding the World MX GP Circuit before returning to Australia for the Broadford GP round in 2001, this time going one better and placing second in the 500cc class to the legendary Stefan Everts(Yamaha).

During his 27-year career, McFarlane raced all over the world, including New Zealand, Russia, all over Europe, Japan, and the Unites States. He was expected to retire from racing at the end of the 2010 season.