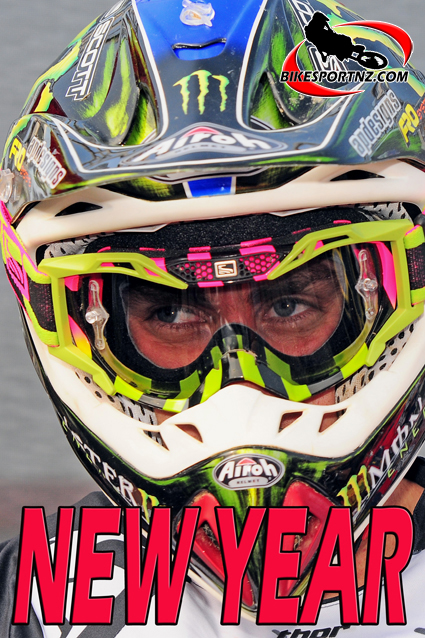 His Christmas break is over and now it’s back to work for Kiwi hero Josh Coppins.

The MX1 world championship contender, currently ranked No.6 in the world after a difficult 2009 season — exactly the same “career” number that has adorned his bikes over the past few seasons.

Last season was his final one with the factory Rinaldi Yamaha team and now he is all set and ready to go with a new team and new bike for 2010.

Coppins signed up to ride for Aprilia near the end of last year and he reports that he can’t wait to get the bike on a proper race track.

He has been training hard since early December, when he returned to his Lower Moutere home, near Motueka, at the end of his final season with Yamaha.

The 32-year-old is looking forward now to the start of  the 2010 GP season, set to kick off in Bulgaria on April 4.

“I’ve done a bit of testing already on the Aprilia but now I head back to Marseille, in the south of France, to have my first real shakedown with the bike.

“It will be a chance for me to gel with my new team and the mechanics. We’ll do a 10-day camp there and then I head to the UK.

“In February and March I will be racing the Italian Motocross Championships, starting with Montevarchi (Arezzo, Italy). I also have a couple of big races to do in Mantova (Italy) and in Valence, France.

“I don’t actually like the Mantova track much, so that one will be tough for me. But I’m looking forward to Montevarchi. That’s the first round of the Italian champs and that’s where I expect to do okay. That will be the first real indication of how I will go this year.

“I had a big break away from racing in the UK in October and November and just did a couple of training schools before going to Dubai for a holiday. That was a bit special.

“But, since then, I’ve been back into training, mostly cycling and base training, though I did a bit of riding with Ben Townley in Tauranga and Michael Phillips in Rotorua.” 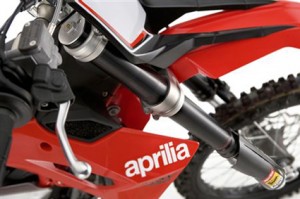 Coppins admitted he never saw himself signing with Aprilia, and was not interested in the company’s initial offer.

However, he changed his mind after riding the new MXV 450, and a visit to the Aprilia factory in Noale.

The shift signals a new era in Coppins’ career, which came close to world championship status in 2007 before he injured his shoulder.

“I’m not going to win a world championship; I’m going to develop the bike,” Coppins said.

“It’s a change of mindset for me, and all about goals.” 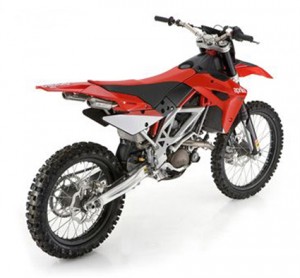 Last year, the bike, which was campaigned by an outside team, reached 11th in the motocross championship.

“This year, I’m going for a top-five placing and want to be the first guy to win on a V-twin – it will lift the team to a new level,” he said.

The one-year contract, with a performance-based renewal option, will allow Coppins to race in Europe for at least another two years.

His 2007 season probably sticks in his memory the most, and possibly for all the wrong reasons.

He was leading the championship and well on his way to winning the elusive world title — 107 points in front after 10 of 15 GPs — but, sadly, he crashed at round 11 and that was enough to painfully wrench the title from his grip. Unable to continue his challenge, he finished an undeserved third in the 2007 championship.

“I have no regrets about my career in Europe. I did all that I could do. What happened to me in 2007 was out of my hands. Sure it was tough to crash out while leading the championship so comfortably but there was nothing I could do about that.”

Coppins, his wife Lisa and young daughter Myla will flit between their home in Bath, south-west England, and Hulsen, in Belgium.