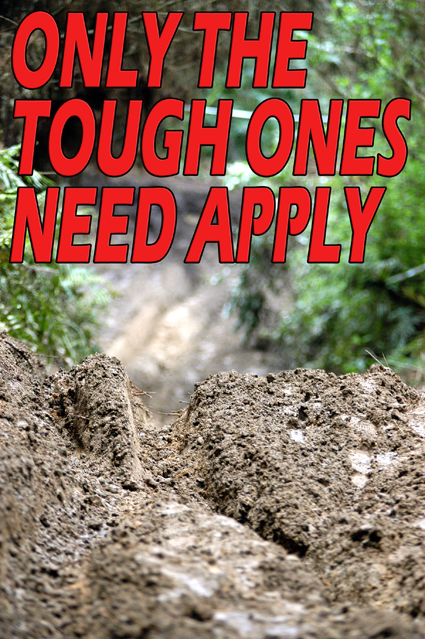 The Tough One extreme enduro event in England requires mental and physical toughness and the courage of a champion.

The Tough One is just that, an off-road dirt bike competition that pushes riders to the limit, and the event organisers probably named it that with riders such as New Zealanders Rory Mead (Yamaha) and Chris Birch (KTM) foremost in their minds.

Auckland’s Birch has already established his overseas credentials, excelling at several high-profile events in recent years but Mead, from Whitby, just outside Wellington, is also starting to make waves internationally.

The two Kiwis will again line up as rivals at The Tough One, although for New Zealand enduro champion Mead it is his first time at the event in Shropshire, near the Welsh border.

Mead has arranged a Yamaha YZ250 through Welsh company Yamaha Off-Road Experience, a similar bike to the one he took to win the 2009 New Zealand enduro title and also rode to victory at the inaugural Red Bull City Scramble event in downtown Auckland in May.

“It was actually that event (in Britomart Square in Auckland) that first spurred me to tackle these big events overseas,” said Mead.

He raced at the Erzberg Extreme Enduro in Austria just a few days after the Auckland event, finishing an incredible sixth outright on debut. Few riders even finish these events, let along finish so solidly among the top 10.

Mead followed that up by racing the annual Roof of Africa extreme enduro in mountainous Lesotho, South Africa, last month, making it a Kiwi 1-2 as he finished runner-up to Birch.

Birch and Mead were the top two of only 23 riders to finish the marathon race. There were 102 starters.

“Now I’m keen to try The Tough One,” said Mead. “I’ve heard it’s pretty tough, of course, and I expect, being held in England, that a lot of the world’s top riders will make the trip. Making the top 10 will be my aim.”

Mead will be away from home and his job as a builder for up to five weeks.

The Tough One is on January 23, but Mead also intends to remain in Europe to contest the Hell’s Gate extreme enduro in Tuscany, Italy, just two weeks later.

The world extreme enduro scene is set to form its own series of “Big Five” events in the 2011 season with the Erzberg Enduro, the Roof of Africa, The Tough One and Hell’s Gate included in the schedule. The other extreme event that will complete the series is the Red Bull Romaniacs in Sibiu, Romania.

Mead plans to at least familiarise himself with these events but a podium finish or two is also on the cards for the two talented Kiwi riders.