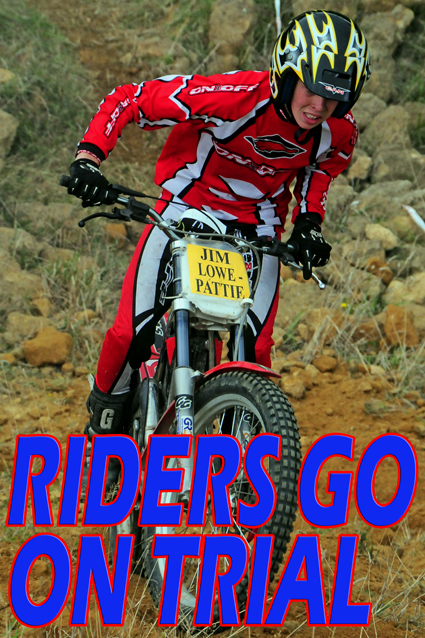 The nation’s elite motorcycle trials riders will need to be at their best when the North Island Trials Championships wrap up this weekend.

Rounds seven and eight of the Beta Novagar-sponsored series is to be held in the Waikato region this Saturday and Sunday (Sept 26-27) with plenty at stake as all classes are yet to be decided.

Day one is set for tricky terrain on O’Shea Road, near Pirongia, while day two sends the riders over steep limestone rocks on Harding Road, Wharepapa South.

There’s no looking past Kiwi internationals Jake Whitaker (Wainuiomata), Karl Clark (Nelson) and Warren Laugesen (Levin) to take the limelight in the elite Experts’ grade as they reignite their battle for top honours.

Laugesen, a seven-time former national champion, beat current New Zealand No.1 Whitaker at the previous round and will be hungry to repeat that this weekend.

In the A grade, Tauranga’s Peter Shilton will have his work cut out to overhaul class leader Peter Oliver, from Nelson, while Wellington’s Carl Robson is currently third in the standings but also poses a threat for the overall win.

Outstanding Tauranga teenager Jim Lowe-Pattie (pictured above), the intermediate class points leader, is back from injury and it will be fierce reintroduction to competition for him as Te Awamutu builder Colin Downs, the local club’s highest ranked rider, plans to turn local knowledge into an advantage and charge up the rankings.

It will also be worth watching for Te Kuiti’s James Snowdon and Wellington’s Nick Ball to rekindle their battle for intermediate honours after the pair proved difficult to separate at the earlier rounds.

Meanwhile, Auckland’s Peter Boettcher is second to Lowe-Pattie in the intermediate class standings and determined to take over the No.1 spot.

North Island trials co-ordinator Paul McLeod, of Tauranga, was himself in action at the previous two rounds of the series, taking top spot in the Presidents’ grade as he edged out respected Blenheim rider Brendon Wadsworth and the always-tough Warrick Merriman, from Tauranga.

Retired heart surgeon Steve Armistead may have be riding trials less than four years but he could be expected to feature in the Presidents’ grade this weekend too.

Young Auckland rider Liam Draper has been steadily improving and he is tipped to dominate the Junior grade, although he can expect tough opposition from Kati Kati’s Cameron Ladyman and brother and sister pair Jacob and Gabrielle Gundry, from Tauranga.