Even if you can’t be there in person in the United States this weekend, you can watch on-line and be there in spirit.

Here are a few good reasons why you cannot miss the event this year:

This year the Monster Energy FIM Motocross of Nations returns to one of the most iconic tracks in the world, that is RedBud in the United States, the host of the very memorable edition in 2018 that saw Team France win for the fifth time in a row.

The Pit Bike of Nations is back! We’re ready to see some legends rip around on pit bikes in the team event and see who will come out on top. This is all happening on Saturday evening.

To be able to root for the underdogs against the factory stars and, let’s face it, Team New Zealand classifies as being among the underdogs this year. Qualifying for the 20-national final races on Sunday will be something to aim for.

And you can see by some of these photos here that, regardless of their lowly status, New Zealand riders always gave a good account of themselves against the international pin-up boys. Can you identify Kiwi riders Hamish Harwood and Josiah Natzke in the main photo above (taken at the MXoN in Italy in 2009)? 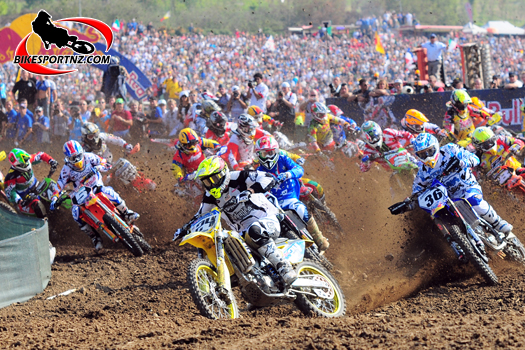 If you’re American, the home heroes of Team USA will be looking to break their 11-year drought and get back on top of the podium, so home support will be needed and it will be a moment any American fan would not want to miss if it happens.

The racing is bound to be insane and, as always, the final race of the day will be the most intense because as we know from the past, anything can happen at the Monster Energy FIM Motocross of Nations and every position counts! This year the competition will be tight, as we have one of the strongest team line-ups, with 34 different countries fighting for the famous Chamberlain Trophy.

The balloting to determine the starting grid. This is one of the most intense moments before the racing begins as we eagerly watch which team gets which gate pick – and by now we know how important this is in a team’s strategy and the chance of success.

One country that won’t be there is Team Russia (probably something to do with their “military action” in the Ukraine) and they would have been riders numbered 10, 11 and 12 (after their result in Italy last year).

The Heroes Parade on Sunday should be worth watching. This one really needs no explanation as some of the biggest legends in motocross history will tour a lap of the track in RedBud before the racing kicks off.

Everything is live on MXGP Digital Platforms – Facebook, YouTube or MXGP-TV.com – throughout the three days. Social Media will broadcast the atmosphere events and all the activities on Friday while the Teams presentation to the crowd as well as the two days of racing will be live on MXGP-TV – so really there’s no excuse why you can’t tune in and support your home team. 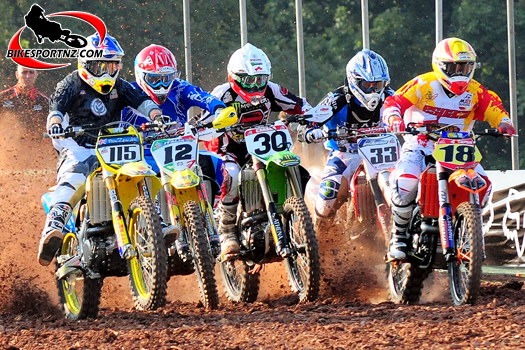 Mount Maunganui’s Cody Cooper (Suzuki No.115) battles at the Motocross of Nations in England in 2008. Cooper actually scored a start-to-finish win in the MX3 qualifying race that year, finishing that race ahead of American Zach Osborne (riding for Team Puerto Rico) and Australia’s Michael Byrne. It’s weird that a large and strong country like the USA could have riders representing two countries or that, as is the case with Team Britain, four countries – England, Scotland, Wales and Northern Ireland – could combine their talents to form one team. So it’s fair to say that New Zealand (population about 4 million) do pretty well. Photo by Andy McGechan, BikesportNZ.com 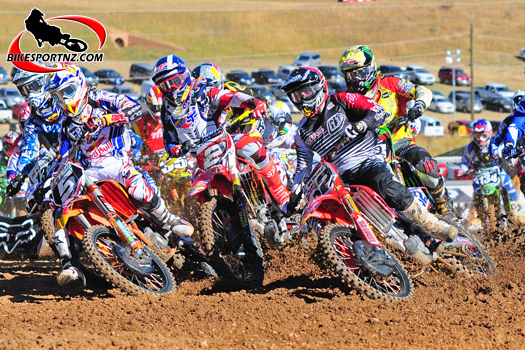 Taupo’s Brad Groombridge (Honda No.32) grabs the holeshot in this race at the Motocross of Nations in Denver, Colorado, in 2010. Photo by Andy McGechan, BikesportNZ.com