Based in forestry near and around Tokoroa, the well-liked series has merely undergone a mild re-branding, although there is also a new main sponsor for the series and that is Forbes and Davies, New Zealand’s leading importer and wholesaler of motorcycle tyres, ATV tyres, ride apparel, helmets and accessories.

Forbes and Davies is the New Zealand distributor for key brands such as O’Neal, Arai and Ogio and these brands have had a long relationship with the series.

It therefore made sense to the series organisers to carry on the relationship with the series and these brands, plus the long-standing brands for Forbes and Davies, such as Maxima oil, Metzeler tyres, Maxi Grip ATV and the Dirt Tyre range, along with many others, brings a fresh look also.

Nothing else will be changing in the popular series that caters for cross-country riders aged from as young as seven, through teenagers, adult men and women and to the upper age brackets too, with veteran riders in their 60s, or even older, all keen to join in.

The series, originally formed by husband and wife partnership Sean and Adele Clarke back in 2008, has grown to become one of the biggest motorcycle cross-country events in New Zealand, with riders travelling from over all over the North Island to attend. 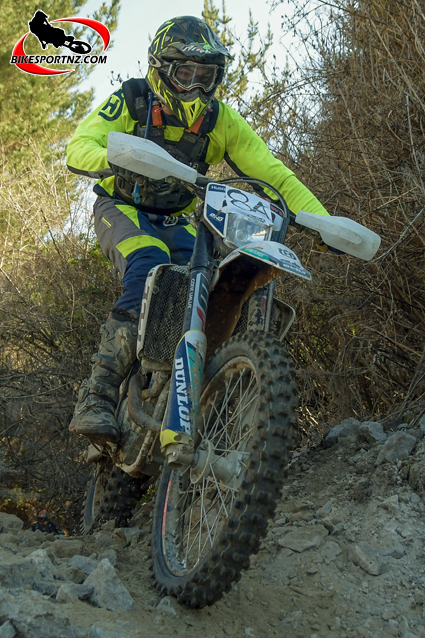 Cambridge’s Dylan Yearbury (Husqvarna), a Kiwi international who cut his teeth racing in competitions such as the Forestland Cross-country Series. Photo by Andy McGechan, BikesportNZ.com

The past two seasons have been blighted by restrictions put in place to help curb the COVID-19 pandemic, but there is now light at the end of that tunnel and riders are now seeking a return to their favourite sporting pursuits, the Forestland Cross-country Series likely to be a perfect outlet for that pent-up adrenaline.

The 2022 edition of the series, due to kick off at Tar Hill, revisiting a popular venue from previous years, situated just south of Tokoroa, on June 18-19, and it will send riders along many of the same leafy forest pathways they have enjoyed in the past and will be managed and run by the same capable crew of personnel.

The remaining two rounds will be held in forestry land at Ohakuri, about halfway between Tokoroa and Taupo.

A new motorcycling organisation, the Forestland Motorcycle Club, has been created primarily to run this series, but also to support other similar events or dirt bike activities in the future.

Tokoroa’s Sean Clarke said he was thrilled to be able to again offer Kiwi dirt bike riders an experience they have obviously enjoyed so much in recent years, something that appeals to all levels of competency and bike riding abilities, from the elite national championship-winning stars of the sport, right down to the entry-level or novice riders.

“Only a few people ever win races like this, so it’s not really about the winning, but about participation and enjoyment,” said Clarke.

He said there are usually plenty of fresh trails to ride, making the racing safe, fun and challenging at the same time.

Individuals such as Helensville’s Tom Buxton, Manawatu’s Paul Whibley, Cambridge’s Dylan Yearbury, Howick’s Liam Draper and Te Awamutu’s Rachael Archer, for example, all learned their craft racing events such as this before they headed overseas to earn glory internationally.

The popularity of this competition, which features a 90-minute junior race followed soon afterwards by a two-hour senior race, includes separate trails and several different grades incorporated into the day’s racing, catering for all levels of confidence and ability.

This series is also an ideal opportunity for the lesser or beginner riders to learn from the masters and perhaps put into effect during the trail ride that is run the following day. 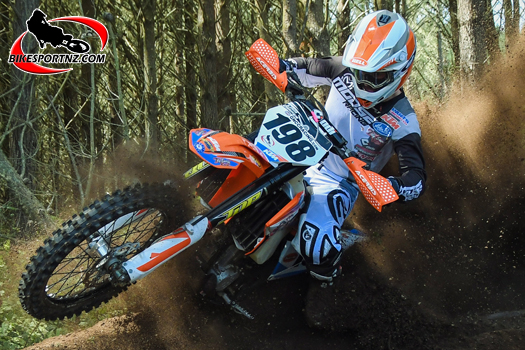 Howick’s Liam Draper (KTM), currently racing the GNCC series in the United States, is a rider who learned his craft by racing series such as the Dirt Guide Cross-country Series near Tokoroa. The 2022 edition of this series, now renamed the Forestland Cross-country Series, is set to kick off at Tar Hill, near Tokoroa, on June 18. Photo by Andy McGechan, BikesportNZ.com