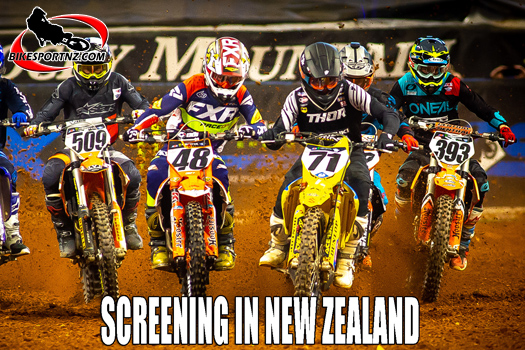 The 2021 Monster Energy FIM/ AMA Supercross Championship that will see a total of 17 rounds from January 16 to May 1, with television screening in New Zealand again this season.

Due to the uncertainty of the ongoing Coronavirus COVID-19 pandemic, the original calendar now features several back-to-back rounds and Saturday and Tuesday races included.

The updates, announced by promoters Feld Entertainment, include three consecutive rounds in Georgia at Atlanta Motor Speedway and an added round at Salt Lake City in Utah. The original rounds in Arizona have been cancelled and replaced with Orlando, in Florida.

Other revisions include the East/ West 250cc class series: The opening seven rounds will include East class, the following eight, the West class; and then the penultimate 16th round at Salt Lake City on April 24th will be East class again. The series finale on May 1st for Salt Lake City 2 sees both classes come together.

In New Zealand, fans can tune in to ESPN2 (channel 61) from January 17 (6-8pm) to watch screening of the race action. 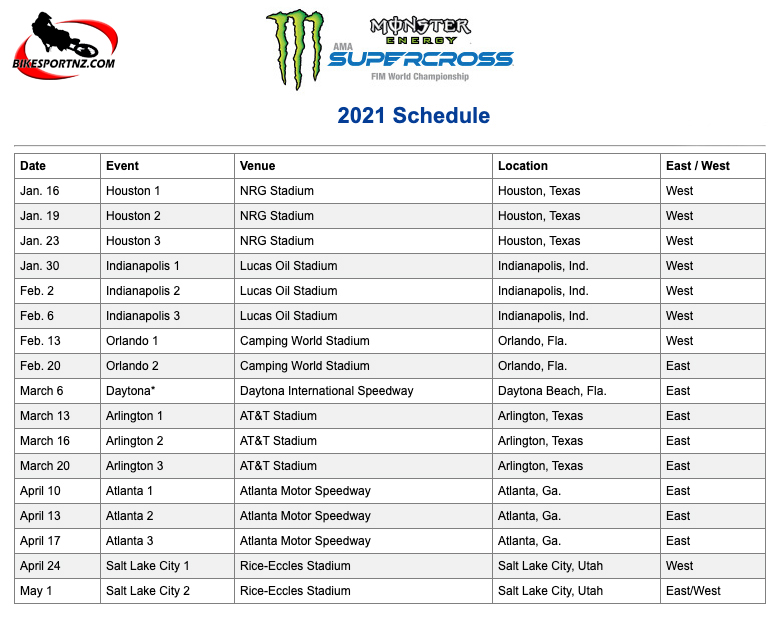 AMA Supercross will again be screening in New Zealand, but remember NZ is a day ahead of the USA, so look for coverage from January 17 (NZT).