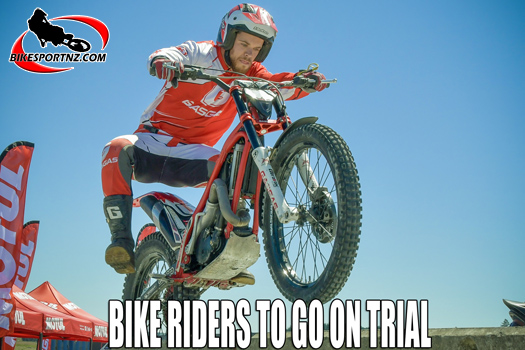 Porirua’s Dylan Ball will be looking for a repeat performance when the 2020 New Zealand Trial Championships are staged in the South Island this coming Labour Weekend.

The teenager won the premier division for the first time when the contest was held in Hawke’s Bay last year and he’ll have his heart set on successfully defending that title at the 2020 edition of the annual competition, this year sponsored by Blenheim’s Marlborough Motorcycles, at three separate venues in Canterbury over the weekend of October 24-26.

Motorcycling New Zealand trial commissioner Paul Jackson said the host Pioneer Motorcycle Club would again put their vast experience to good use in setting three challenging courses over the weekend and it would be “excellent entertainment”.

“We are so grateful to be able to run this championship event, with the COVID-19 pandemic causing chaos worldwide, and it is great to see entries coming in from both ends of the country. We are enjoying remarkable support from the motorcycling community,” he said.

It is expected that youngster Ball will lead the charge to the top of the rankings in the premier Experts Grade class again this year, although there are a couple of riders who should keep him honest, perhaps including Napier’s Warren Laugesen, a seven-time former national champion in the Experts Grade, Dunedin’s Blake Fox, Taranaki’s Matt Foster, Kaikoura’s David Trewin and Christchurch’s Jules Huguenin.

Sharp rocks, slippery tree roots, treacherous creek beds and steep hills … these are mere judder bars on the pathway for these bike riders.

With this branch of motorcycling sport, the emphasis is not on speed, but on fine balance, bravery and throttle control.

The prime aim is to conquer the extreme terrain without touching feet on the ground or falling off. Points are lost for these “faults” and the rider with the lowest score wins.

The venues for competition over the three days of the championships will be:

The prize-giving will be from 6.30pm Monday at Terror To Love Lounge,  Addington Raceway Events Centre, 65 Jack Hinton Drive.