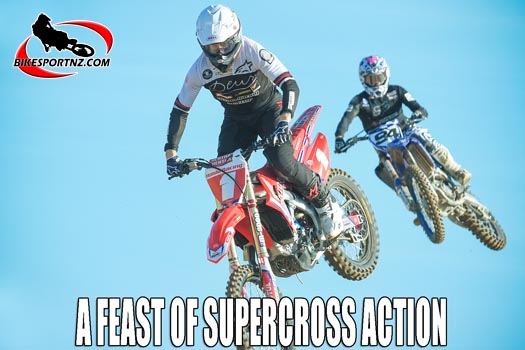 It is going to be the start of a jam-packed, rip-fire three weeks of intensity when the New Zealand Supercross Championships kick off in the South Island this weekend.

The Brent Scammell Honda-sponsored opening round of three in the Transdiesel eni Lubricants-sponsored national series is set for Winton, just north of Invercargill, this Saturday.

This high-profile event at Winton, at the VetSouth Super-X Track in Ryan Road, is billed as “the world’s southern-most supercross”. It is always an extremely popular venue and sure to draw a large crowd.

Following a week later is round two – but for the SX2 (250cc) class riders only – sharing the programme with the fourth round of five in the Australian Supercross Championships, and this will be staged at Mt Smart Stadium in Auckland.

The New Zealand Supercross Championships will wrap up with round three at the Amisfield circuit, on the outskirts of Tokoroa, a week after that on November 23.

The entry list for round one is jammed with talent, with Bay of Plenty riders Cody Cooper, Ben Townley and Tyler Steiner among the fancied riders in the premier SX1 (open) class, with Rangiora’s Cody Murphy also with a chance of finishing on the podium. 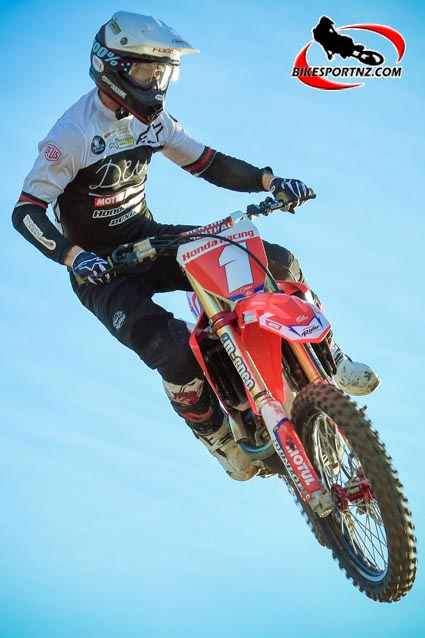 “There are some big names there among the entries. Supercross is great because it’s puts the sport in front on the public like no other. It’s great also to have the Australians involved at Mt Smart Stadium for round two and we’ll see a few more international stars there. 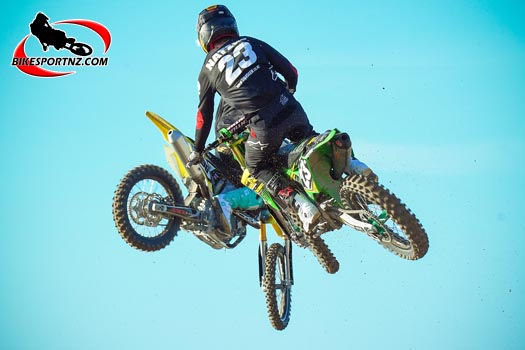 Mount Maunganui’s Josiah Natzke (Eni Lubricants Kawasaki KX250F), sure to be among the front-runners in the SX2 class this weekend. Photo by Andy McGechan, BikesportNZ.com

“We are trying to grow the junior aspect of the sport and so the mini support classes will be popular I’m sure.”

Transdiesel (eni Lubricants) spokesman Jason Steele said he was thrilled to be involved in the series once again.

“This is the third year that Transdiesel has supported the New Zealand Supercross Champs and we are really pleased to see the championship develop in the way it has, to now be included at Mt Smart Monster Energy event.

“Transdiesel is full of very passionate people and we all enjoy being involved in all types of motorsport and this year we look forward to our eni Kawasaki team winning a second supercross championship.”

The Winton event, hosted by the Southland Motorcycle Club, is sponsored by Brent Scammell Honda, Monster Energy supports the Mt Smart Stadium event and the final round in Tokoroa is sponsored by Craig Stevens Yamaha.