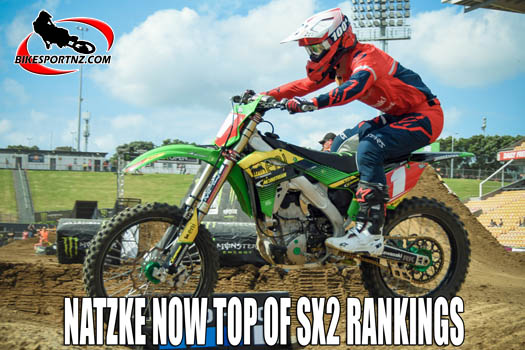 Bay of Plenty’s Josiah Natzke is two-thirds of the way towards successfully defending his New Zealand Supercross Championships title.

The 20-year-old from Mount Maunganui, an integral member of the high-profile Eni Lubricants Kawasaki Racing Team, made things look easier than they actually were as he dominated his races in Auckland on Saturday night.

In addition to this, the Mt Smart Stadium race programme included the second round of three, for the SX2 (250cc) class only, in the New Zealand Supercross Championships and it was in this solely-Kiwi aspect that Natzke was focussed on.

Natzke secured the national SX2 supercross title for the first time last year and, after a season spent racing motocross in the United Kingdom, he returned home last month to sign on for the Kawasaki team in New Zealand. 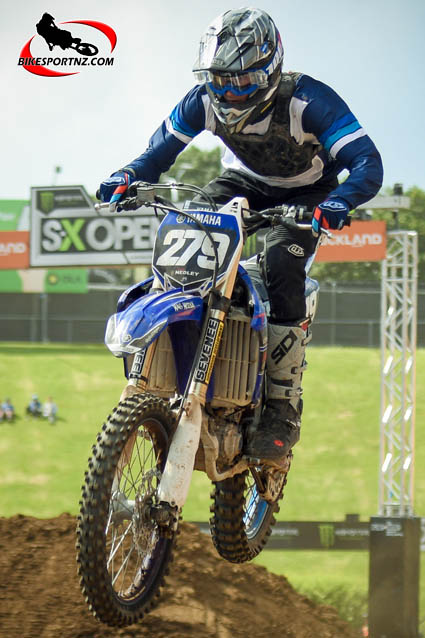 He celebrated his debut ride for the team by winning the MX2 class at the annual MX Fest extravaganza in Taupo in October, before switching his bike’s suspension settings over to “bigger jumps” supercross code.

Natzke shared wins with Motueka’s former Grand Prix motocross star Josh Coppins (Yamaha) at the opening round of the supercross nationals in Winton a week ago and with Coppins and fellow title threat Wyatt Chase (Honda) opting not to race at Mt Smart, the way was clear for Natzke to dominate … and that’s just what he did.

The championship points therefore took a reshuffle, with Natzke now alone on top of the standings, 14 points clear of new runner-up man Latta and Coppins dropped down to third overall, six points further back.

“The races were short and it’s a pity there was nobody out there pushing me,” said Natzke.

“I was just riding my own race really. There are a couple of Kiwi riders who should have been out there to boost the numbers.

“I was riding within myself but I was still a little uncomfortable. This was a world class track and even the Australian riders here said it was a big track and some of the jumps were scary.”

Natzke will obviously be looking to wrap up his SX2 championship chase this coming weekend, with racing at the final round of the New Zealand Supercross Championships set for Tokoroa on Saturday evening.

“I learned a lot from racing at Mt Smart, but the Tokoroa track is more my level really, a little bit more tame. But I really have to learn this stuff more if I want to go ahead with my career.

“The bike was really good. We just stiffened up the suspension a bit.” 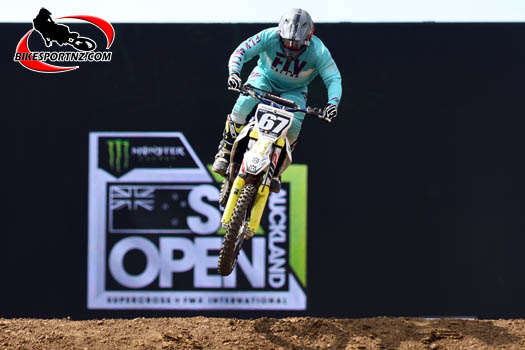