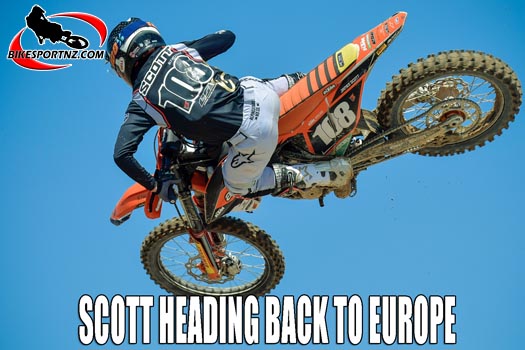 Opportunities to race motocross in the hotbed of Europe don’t come along often for Kiwi teenagers, but James Scott is about to get another crack at top-flight glory.

Early next year he will fly off to race for the Raths Motorsports Team. He will be based in Germany, not far from the border with Belgium and the infamous sand track at Lommel, and will race both the German Motocross Championships and selected European 250cc Motocross (EMX250) Championship events as well.

The just-turned 18-year-old KTM star from Oparau, near Kawhia, first headed to Europe just over three years ago, there to tackle the European 150cc Motocross (EMX150) Championships.

His farewell to New Zealand had been perfect, the then 14-year-old celebrating the winning of his first national motocross title, recording six wins from seven starts to claim the 13-16 years’ 85cc class title at the three-day junior nationals in Hawke’s Bay. 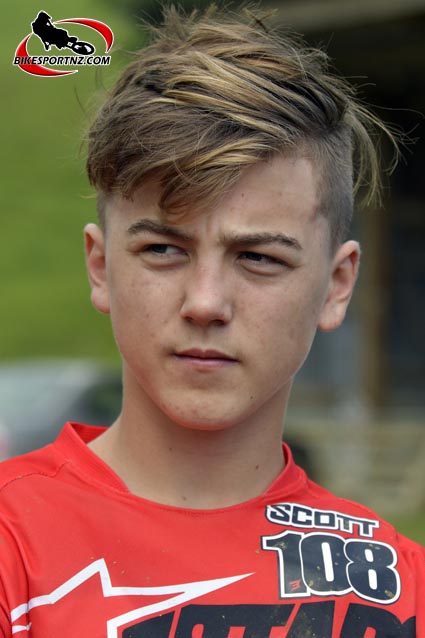 A winner at multiple major events in New Zealand over the previous few years, his victory has been long overdue and it was perhaps appropriate that he should win on Anzac Weekend 2016, just days before he was about to head overseas to fight in the motocross trenches of Europe.

He immediately impressed on debut in Europe – his best result finishing runner-up in one of his two races at the British round that season – and he ended the championship ranked 17th overall.

Although he could not return to Europe in 2017, he was back there again in 2018, this time racing in the higher-profile EMX125 class.

He continued to shine, his best result finishing fourth overall at the fifth round of eight in the series in France, and he ended up with a ranking of 22nd overall, despite his missing the first two of eight rounds in the series.

Scott was also the best-performed of the Kiwi contingent at the annual Junior Motocross World Championships at Horsham, in Australia, in August last year.

But his 2018 season ended sadly when he re-injured an already-damaged shoulder at a New Zealand event in December and soon afterwards underwent reconstructive surgery on his shoulder, the medical work and then recovery keeping him mostly sidelined until July this year.

Scott had obviously made an impact during his earlier stints in Europe, hence the call-up.

“I had kept in touch with people in Europe and then the Raths Motorsports Team contacted me and asked if I would race for them in the German Motocross Championships in 2020 and five rounds of the EMX250 Championships as well,” said Scott.

“I’m pretty excited about it. I have not raced in such a long time but I’m almost back to full fitness now. I have been riding a KTM 350 around home and feeling pretty comfortable with it … I like it.

“I will be racing EMX 250 championship races on a KTM 250SXF in The Netherlands, Italy, Germany and Belgium and I’m familiar already with two of those circuits.

“I know a lot of the riders I will be up against, having faced many of them before in the past, and I think a top-five result is possible for me. I like to set my goals high, but I don’t think this is too high … more like realistic.

“I hope I can really make a name for myself internationally. That’s the plan anyway.”