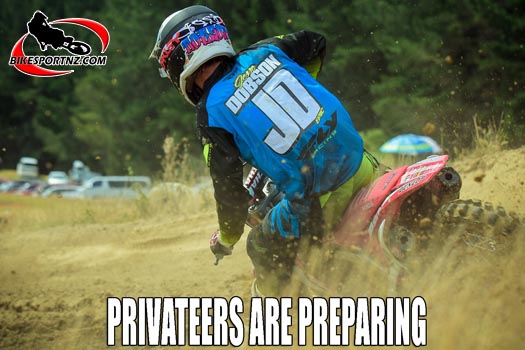 The S-X Open Auckland is just a week away and that’s the perfect time to warm up for the big event at Mt Smart Stadium by watching as a couple of Aussie privateers prepare.

In this video of Supercross Life, privateer journeymen Jackson Richardson and Jesse Dobson outline the struggles of a self-funded effort, along with experiencing the inevitable ups and downs that come with the sport of supercross.

The upcoming Auckland event represents the fourth round of five in the Australian Supercross Championships and could be pivotal in many riders’ campaigns.

A highly-touted amateur, Dobson has been on the cusp of securing factory support for the past few years, however just hasn’t quite demonstrated the consistent results required for factory support.

Far North Queensland native Richardson is a two-time Australian Supercross Champion in the SX2 class, however a lack of rides available led the likeable character to put together his own deal for supercross.

Both athletes demonstrate the gladiator traits required to be one of the best supercross riders in the country, and take fans on board as they embark on their 2019 Australian Supercross assault.

S-X Open Auckland will also form the fourth round of the Australian Supercross Championship and will feature the Triple-Crown Final race format, with non-stop, high-intensity action that will have fans on the edge of their seats, for the entire duration of the event.