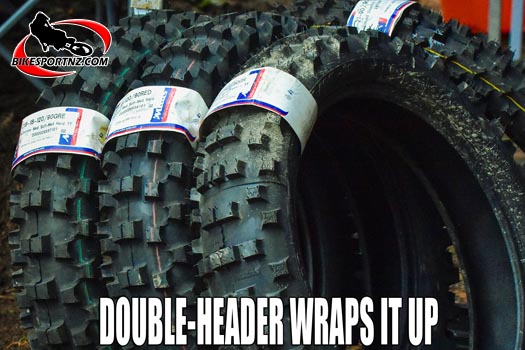 There were six different winners in seven rounds of competition this season, but, in the end, there could only be one champion and this year it was Seth Reardon.

But these two race days were his only appearances in New Zealand this year and so he was never likely to be a title contender.

It was a similar story with several of the other event winners too.

Helensville’s Tom Buxton (KTM) won round one of the series near Whangamata in March, Cambridge rider Dylan Yearbury (Husqvarna) clinched the win at round two near Porirua in April, Thames rider Chris Birch (KTM) topped the podium at round three near Tokoroa two weeks later, Reardon (Yamaha) won round four near Martinborough on June 9 and Rotorua’s Bradley Lauder (Husqvarna) won round five near Masterton on the last weekend of June. 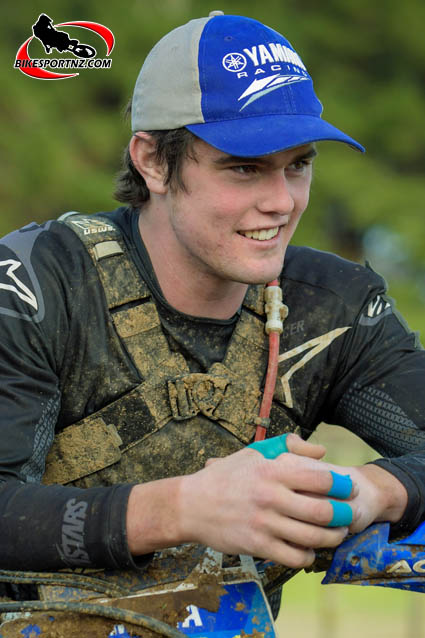 However, overseas riding commitments meant neither Buxton, Yearbury or Birch could mount a full domestic campaign this year, virtually ruling themselves out of New Zealand title contention.

The 21-year-old Reardon therefore began his weekend near Hokitika with a massive 23-point advantage over his nearest challenger, Cambridge’s Beau Taylor (Husqvarna), and when Reardon finished third on Friday and then third again on Saturday it was job done.

Reardon earned the ‘overall’ trophy for the premier AA Grade (formerly referred to as Expert), ahead of Taylor and Tokoroa’s Jake Wightman (KTM).

“It was a bit wet on Friday, but conditions were perfect on Saturday,” said Motorcycling New Zealand enduro commissioner Justin Stevenson.

“The host Westland Motorcycle Club named it the ‘Mud Fest’ for a reason, but I think everyone enjoyed the two days. There had been 10 consecutive days of rain around Hokitika leading up to the event, so it was about as good as it was going to get.

“The organising club did a great job of running the event. It was certainly a challenge for everyone involved, riders and event crew alike, but they coped well.

“We are already talking with clubs about events for next season and hope to use some new venues too.

“We are also looking now ahead to the extreme series, set to kick off at Whangamata in September.”

In the battle for manufacturer honours, Husqvarna motorcycle riders led the way, accumulating 614 points over the season, while the KTM factory took the runner-up spot with 549 points, and the Yamaha brand completed the manufacturers’ podium in third place, with 268 points.

Check back here on www.BikesportNZ.com during this week as we bring you more from the weekend.