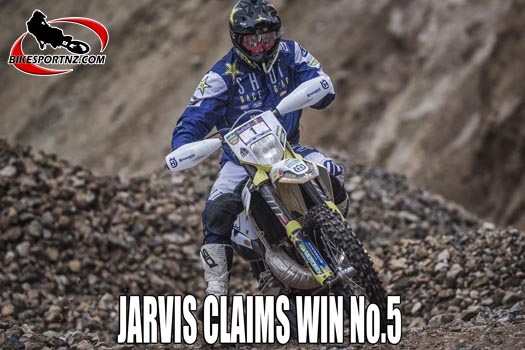 The world’s best Enduro riders were among 1702 competitors (49 women) from 43 nations at the mining town of Eisenerz for the four-day dirt bike festival.

From the depths of the Europe’s largest iron ore quarry, competitors blasted off the start for the 35km race with four hours to complete the 27 checkpoints.

Lettenbichler set the early pace, taking over from Garcia and Briton Jonny Walker (KTM), but the 21-year-old was soon joined by 44-year-old legend Jarvis.

Jarvis broke clear to lead at the notorious Carls Dinner section, while the Sherco pairing of Roman and South African Wade Young were locked in a battle for third.

Lettenbichler, chasing his debut win, drew level at Green Hell with four checkpoints to go but Jarvis found another gear to secure a record-equalling fifth victory.

The German, though, takes over the 2019 WESS championship lead from Roman and Jarvis with 2018’s Ultimate Enduro Champion Billy Bolt in sixth ahead of the Hixpania Hard Enduro in three weeks.

Sixteen competitors from seven nations completed the Erzbergrodeo Red Bull Hare Scramble, however Spain’s Laia Sanz was not one of them despite a gutsy ride.

Jarvis said: “This feels amazing. I think this could be the most important Erzberg victory of my career. A lot of people were talking about my age and, at 44, I did have some doubts about my fitness for the full race but I just kept my focus and kept pushing.”

World Enduro Super Series after round 3 of 8