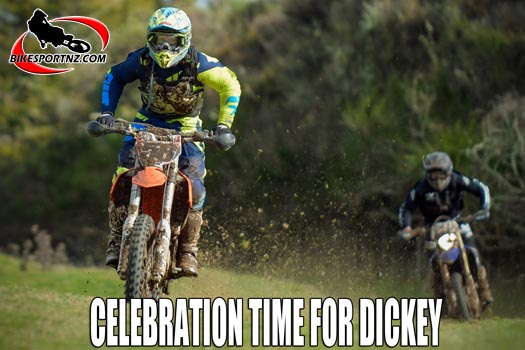 The national title was actually won six weeks ago, but the champagne was kept on ice until just the right moment and that moment came on Saturday afternoon.

Raglan dairy farmer Jason Dickey (KTM 350XC-F) proved untouchable throughout the first three of four rounds for the 2019 New Zealand Cross-country Championships and, with points from only three of the four rounds to be counted towards the championships and each rider to discard their worst result, it meant Dickey was in an unassailable position before the fourth and final round on Saturday, the title in the bag with a round to spare. 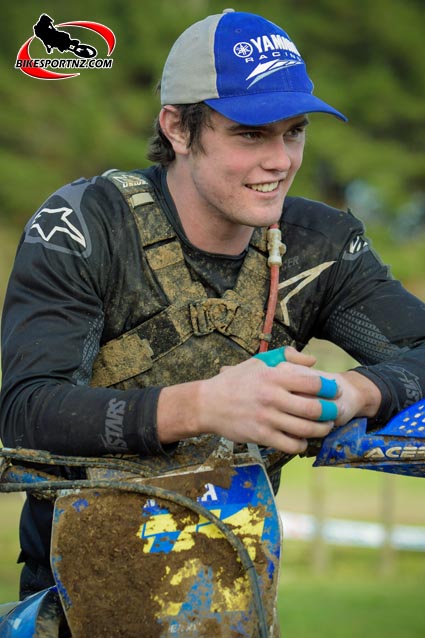 Though he did not need to, the 24-year-old Dickey showed up anyway at the track on Saturday –  laid out on farmland between Taumarunui and Kuratau – with all the pressure off, nothing left to prove and the national title already in his possession.

So he wasn’t at all daunted when several of the sport’s “big guns” decided they’d try to steal away with a little bit of his thunder, former Kiwi internationals Ben Townley (Yamaha WR450F) and Hadleigh Knight (Yamaha YZ450F) respectively making their series debuts on Saturday.

With farm work so demanding of his time, Dickey had not raced his bike in the six weeks since the previous round of the series, in Marlborough in April, and he knew that fatigue might play a part in the day’s outcome, but, initially at least, he was certainly on the pace.

Dickey was quickly in front after a shotgun blast signalled the race start just before midday and he led throughout the opening lap.

As the gruelling race wore on, however, Dickey eventually succumbed to pressure from Townley, Knight and Whanganui’s Seth Reardon (Yamaha YZ250FX), but was nonetheless satisfied to finish the day fourth overall and let that be his “throw away” result. 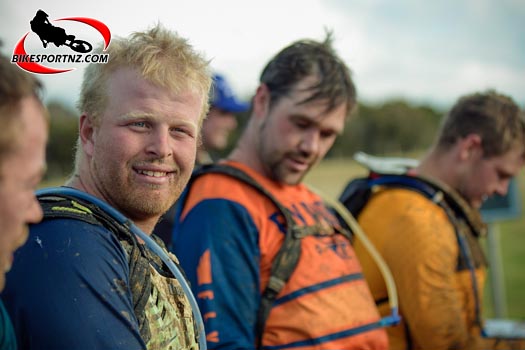 “I have not done much riding lately, so was just having a bit of fun today,” said Dickey afterwards.

“I had arm pump today. First lap I felt good but then it started hurting. I couldn’t run the same pace as the leaders today. I just rode to survive. I will be back to defend my title next year.”