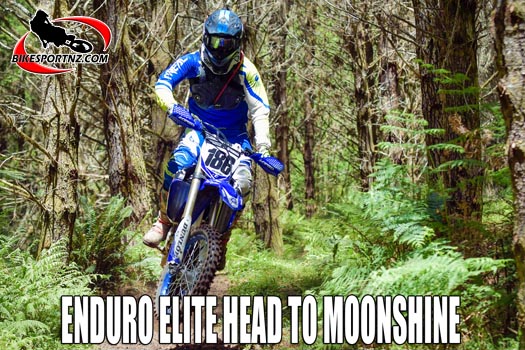 The 2019 Yamaha New Zealand Enduro Championships kicked off near Whangamata two weeks ago and the second round of seven in the series is set for the Kapiti Coast region, in forestry just north of Wellington, this weekend, the demanding terrain sure to be another stern test for the riders and their motorcycles.

The venue for Saturday’s event, on steep forest land off Moonshine Road, will be signposted from State Highway 58 (Haywards Hill Road) and it’s probably hard to believe that such rugged terrain can be found so close to New Zealand’s Capital city.

Such is the nature of this most demanding of sports that any of these individuals could be expected to move up and challenge Buxton this weekend, with rider stamina, strength, skill, bike reliability, the weather and terrain, plus the unknown element of luck all sure to play a part.

“We have put in a few interesting bits for the AA guys and it will be a challenge. It will be a little bit more moderate for the A course riders.

“I think a bit of moisture is expected leading into the event, but rain will be good to keep the dust down.

“It is shaping up to be a really good series. It’s early days yet, but it’s certainly close at the top and anyone’s championship to win at this stage.”

The Yamaha and Mitas tyres-sponsored series will next head to the South Waikato region for round three on Saturday, April 20.