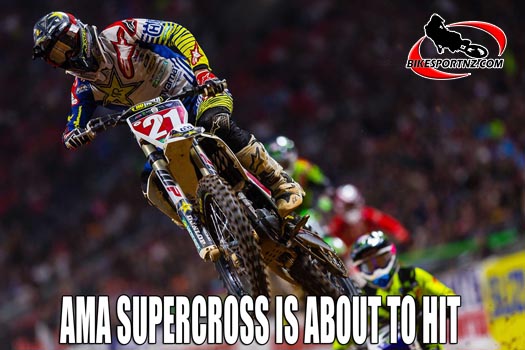 Brace yourselves for another gripping season of AMA Supercross racing, set to kick off at Anaheim, in California, on January 5.

Jason Anderson (pictured here) is the defending champion, Eli Tomac has won half of all the races held over the last two seasons, Marvin Musquin has finished second in three-straight 450 title chases, Ken Roczen continues his comeback from devastating injuries and Australian hero Chad Reed announces he’ll be back for another tilt at the title.

These are the biggest names in Monster Energy AMA Supercross, an FIM World Championship, and here’s a look at their chances, brought to you in the first episode of the sixth-annual Monster Energy Racer X SX Preview Show.

Jason Weigandt, Steve Matthes, David Pingree and Jason Thomas invade the Pro Circuit race shop in Southern California to get you the latest gossip and insider info from the centre of supercross, and also make their predictions on what will go right and wrong for the contenders. 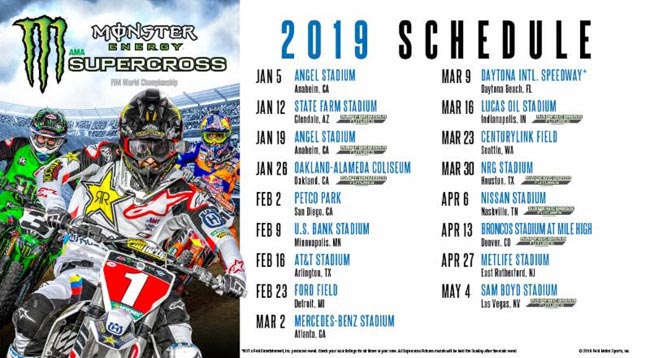