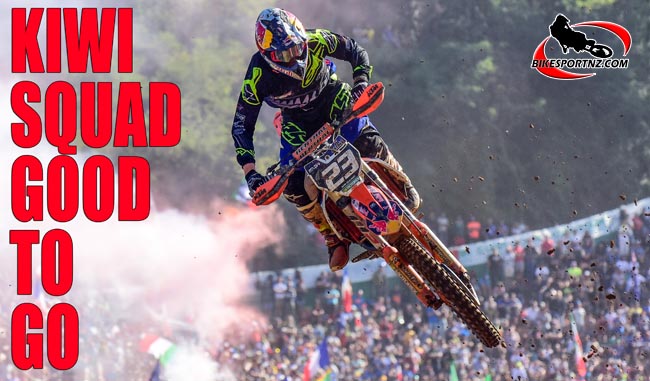 A talented three-man Kiwi motocross squad is all primed and fired up to race in the United Kingdom this weekend, determined to again challenge, and hopefully beat, the best riders in the world.

Every year, the Motocross of Nations (MXoN) lives up to its billing as the biggest and best dirt bike spectacle on the planet and this weekend the rolling farmland in south-western England will host this massive teams’ racing event.

The MXoN, widely referred to as “The Olympic Games of Motocross”, is a one-weekend affair that brings together the word’s elite for an event where the racers put aside the past season’s bitter rivalries and unite instead along different battle lines, with three-rider teams formed to fly the flags of their respective homelands.

And it will be the same talented trio of riders who raced for New Zealand at this event in Italy last year who again line up in Kiwi colours at this season’s 71st annual edition of the MXoN, set for the Matterley Basin GP circuit, on the outskirts of Winchester, this Saturday and Sunday (Sept 30-Oct 1). 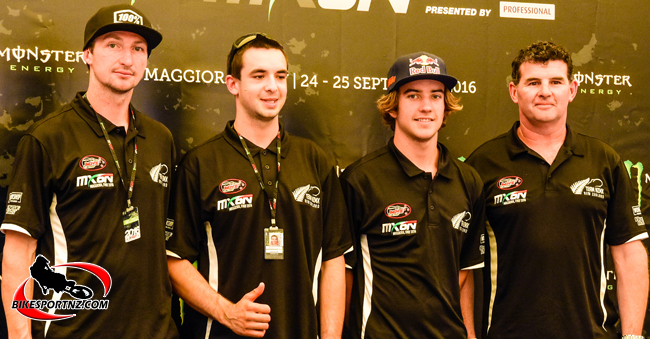 Mount Maunganui’s Cody Cooper (Honda), Takaka’s Hamish Harwood (KTM) and Tauranga’s Josiah Natzke (KTM) will fly the Kiwi flag on the race track in the UK this weekend, while Taupo businessman Bevan Weal will take care of managing the campaign from behind the scenes.

These Kiwis have done this all before and so they already know it won’t be easy facing the world’s elite on such a massive stage, but each of them is determined to put on another good showing, hopefully to improve upon their 17th overall placing at the MXoN last September.

The three-rider teams from more than 35 countries are glittering with the biggest names in the sport, including riders from both the United States national championships scene and the predominantly European-based World Motocross Championships.

From rookie first-timers in 1984 to top-10 regulars just over 10 years later, Kiwi motocross riders have boxed well above their weight and often rated among some of the best in the world.

Team New Zealand has finished among the top 10 a creditable 14 times in 26 appearances at the event since they first attended in 1984.

New Zealand has been on the MXoN podium on three memorable occasions in recent times – at Foxhills, in England, in 1998; at Namur, in Belgium, in 2001, and at Matterley Basin, in England, in 2006 – and, while unlikely, another podium finish is not out of the question.

The 33-year-old Cooper is one rider in particular who should feel right at home in the UK this weekend, the Honda rider having been an integral part of eight MXoN campaigns in the past.

His wealth of experience could be the difference between the team earning a podium result this weekend or failing to qualify among the 20 countries that will reach the final stages of the competition on Sunday.

A top 10 result would be considered a massive achievement for the New Zealanders, especially considering the Kiwis have one of the smallest populations and have the furthest to travel.

In 2006, when the MXoN was staged at the same Winchester circuit that they’ll ride this weekend, Cooper raced with Taupo’s Ben Townley and Motueka’s Josh Coppins as his team-mates and they finished a remarkable third overall.

But the past 10 years have been lean times for the Kiwis.

Multi-time New Zealand MX1 champion Cooper is under no illusion that the task ahead in the UK is a daunting one, but he has faith that Harwood and Natzke will again bring great strength to the squad.

Double national MX2 (250cc) motocross champion Harwood has just completed another solid season of racing in Australia and, because he typically also races in the MX1 class when opportunities allow, the 22-year-old’s strength and stamina in undeniable.

The youngster of the squad, 18-year-old two-time former New Zealand senior 125cc champion Natzke, has been racing the European 250cc Motocross Championships for the past two seasons and he has finished as high as runner-up among young riders who will no doubt be the Grand Prix stars of the near future.