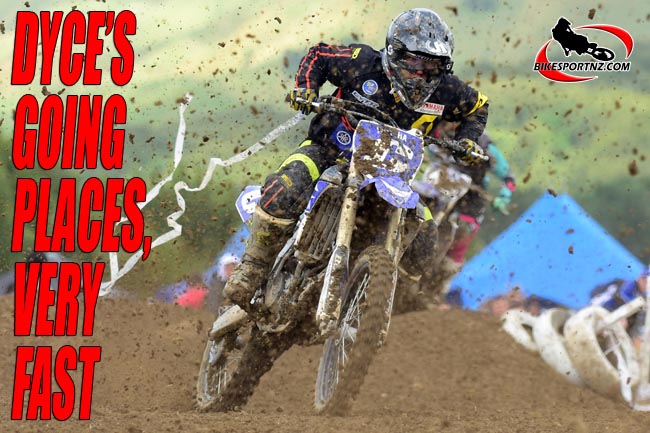 And, if the 16-year-old Australian motocross rider is already this fast, then his future is looking very bright indeed.

On only his second trip outside of Australia, the Yamaha ace from Maffra, in Victoria, showed intelligence and maturity beyond his years as he lined up to race at the big 56th annual New Zealand Motocross Grand Prix at Woodville.

Even though he was a first-timer at Woodville, Dyce (Serco Yamaha YZ250F) showed he was a quick learner and he looked comfortable on the track almost immediately. 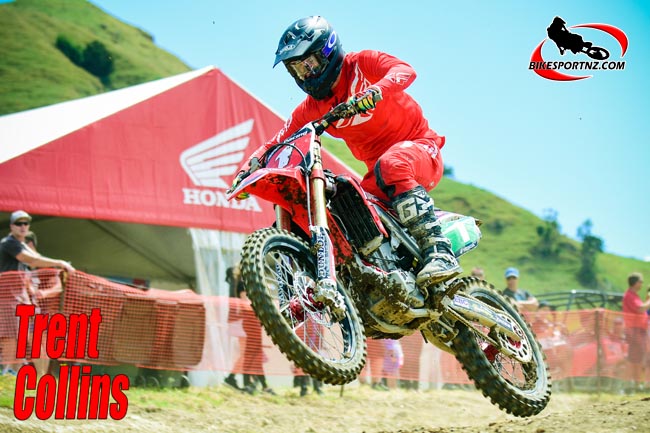 He then did a demolition job on the 14-16 years’ 250cc class during Saturday’s junior race programme.

Dyce raced again the following day in the senior MX2 class and he finished there with a 4-5-5 score-card, good enough for an outstanding fifth overall, behind Kiwi international riders Dylan Walsh, Josiah Natzke and Hamish Harwood and fellow Australian Wilson Todd.

Natzke and Harwood were two-thirds of New Zealand’s Motocross of Nations team in Italy last year. 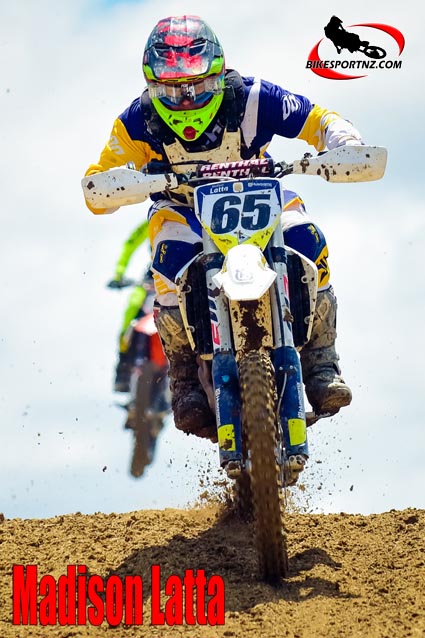 “I really enjoyed racing here. The club did a really awesome job with the track,” said Dyce afterwards.

“It’s a good way to celebrate my first trip to New Zealand,” said Dyce, whose only other overseas experience was when he raced his way to seventh overall in the 125cc class at the Junior World Motocross Championships in Russia last year.

“Josh Coppins and his guys in the Altherm JCR Yamaha Racing Team were fantastic and helped me so much all weekend. I couldn’t have done it without them. 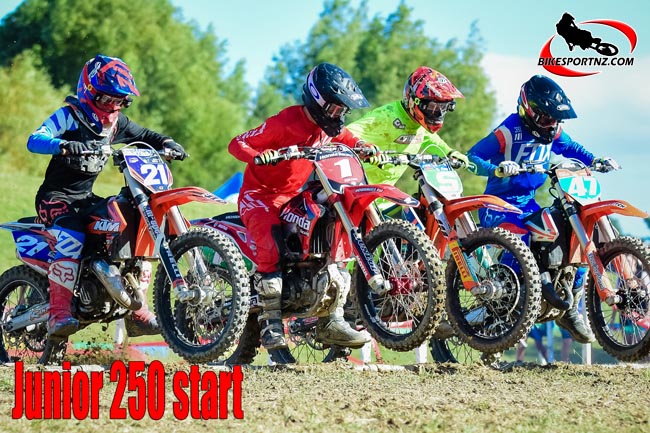 “I came over (with my dad, Colin) just so that I could get a jump-start of my Australian Motocross Championships campaign. I’ll be racing in the under-19 class in Australia for the first time this year and this racing at Woodville was a very good build-up for that.”

Dyce said his long-term plans are to enjoy a racing career in either the United States or Europe in the near future.

“That’s the dream anyway,” he smiled.