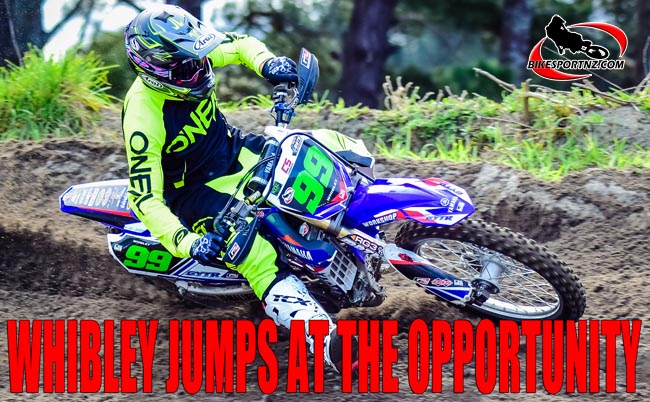 Taikorea’s Paul Whibley enjoyed an international career that was nothing short of sensational.

Then he withdrew from fulltime racing overseas at the end of the 2014 season and settled back into life in New Zealand.

But the “retirement” is over, in some respects anyway, and he is now back in the United States and again waving the flag for Yamaha there.

The 38-year-old former Manawatu forestry worker, affectionately dubbed “The Axeman” on the motorcycling scene, was a two-time outright winner of the Grand National Cross-country Championships (GNCC) in the United States (in 2009 and 2012) and a record six-time winner of the parallel Off-Road Motorcycle and ATV (OMA) series as well.

Now based for two months in South Carolina, his current role in the US is to work as trainer and mentor for the AmPro Yamaha Race Team.

Whibley’s contract sees him working to get the team’s two riders – Ricky Russell in the XC1 class and Josh Toth in the XC2 class – fully fit and up to speed before the 2017 GNCC season kicks off.

Of course, Whibley could not resist taking any opportunity to indulge in a little racing himself, managing top three results at two separate events.

“Just days after getting off the plane in the United States, I jumped into a race at the local Setra Hare Scramble series,” said Whibley (Yamaha YZ450FX).

“To say I was a little rusty was an understatement, but I had a blast on a tight track that was quite different to anything back in New Zealand.

“I took a while to get going and didn’t push hard but by the end I was pretty tired. I came home in second behind the current GNCC XC2 class champion.

“A week later and I was back on the line and raced a NCHSA (North Carolina Hare Scramble Association) event.

“Real bad ‘arm pump’ had me lagging back in sixth position for most of the race. The track was pretty rough and had a few slick spots after some rain. I felt like I was ready to ride a little fast but the arms where just holding me back. Once I loosened up, I pulled up to finish third.

“Although my focus here is to help the young guys in the AmPro Yamaha Team, it has been a lot of fun doing some events. I am loving being back on a bike and having the opportunity to do some races again.”