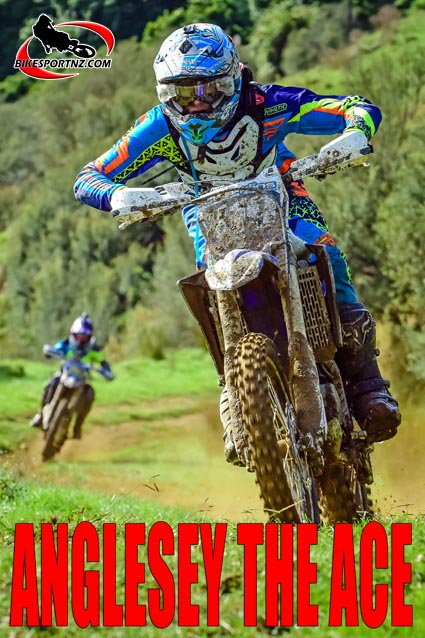 Keegan Anglesey made the most of his big trip to Taranaki at the weekend, the South Islander rider becoming the third different winner in as many events in this season’s New Zealand Cross-country Championships.

Dickson’s result was remarkable in that he rode most of the race without front brakes when he crashed while running in second spot.

“It was pretty dodgy without brakes,” said the 16-year-old Dickson. “I crashed at round one, had a flat tyre at round two and crashed again, to ride with no brakes, at round three. I’ve had it all happen to me so far.”

But the Saturday belonged to Anglesey.

“This is the first time I’ve won a national cross-country race,” said an elated Anglesey afterwards.

“I didn’t get a great start but I passed quite a few riders before we got into open ground. I put the pass on Shaw late in the race and then just put the hammer down after that.”

However, in finishing only fifth and fourth at the two previous rounds, even Saturday’s race win will not be enough for Anglesey to salvage his overall campaign.

Points from only three of the four rounds are to be counted, as riders discard their one worst result, and that means, with a 1-2-2 score-card thus far, 15-year-old Shaw is firm favourite to wrap up the junior title at the final round near Nelson on May 14.

What is particularly interesting, though, is that a third Yamaha rider, Nelson’s Jackson Walker, could still r 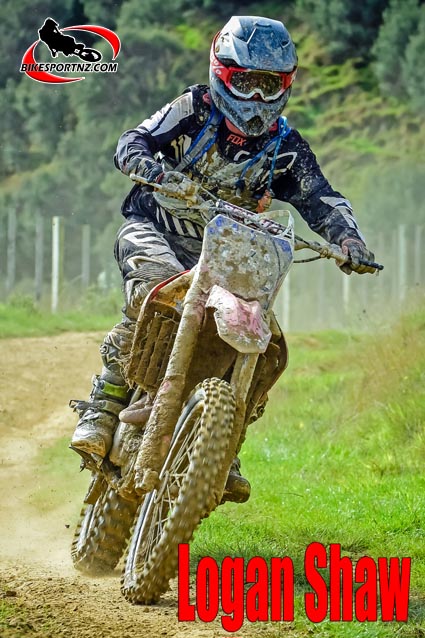 uin that celebration party for Shaw.

Walker is the only rider, other than Shaw, who is capable of winning the title.

Although Walker had a disastrous day in Taranaki on Saturday – twice crashing, once while leading the race – if he can win the final round, he would be crowned national champion instead of Shaw.

Walker finished third overall at round one near Huntly in February and won the second round near Mosgiel last month and he will obviously mark down Saturday’s disappointing result as the one to discard.

If Walker wins at Nelson – on his home turf – then his championship score-card will read 3-1-1 and he’ll take the crown by one point from Shaw.

“I hurt by back in the second crash,” said the 16-year-old Walker, a year 12 pupil at Nelson Boys’ College.

“I cart-wheeled on a hill and was flung over the handlebars. I don’t even know how it happened.

“I was wearing a Go Pro camera on my helmet but the footage cuts out just before the impact. I hit the ground so hard I smashed a hole in the camera case and snapped it off the helmet. I’ve seen videos of people throwing these cameras out of planes and not damaging cases, so mine must have been a pretty big hit.

“I’ve got a bit of time before the final round to recover fully and I will be very focussed to win that. A week or so of rest and I’ll be sweet again.” 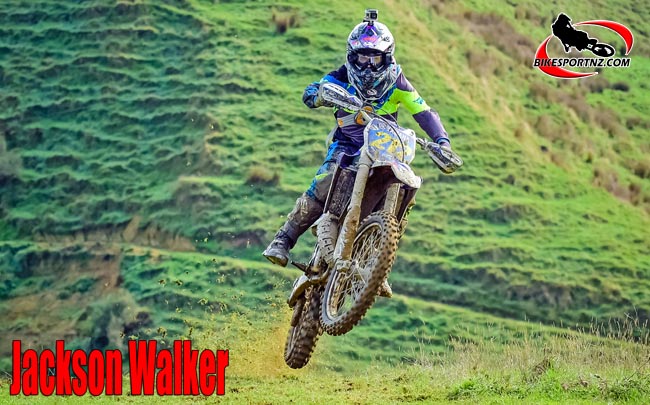 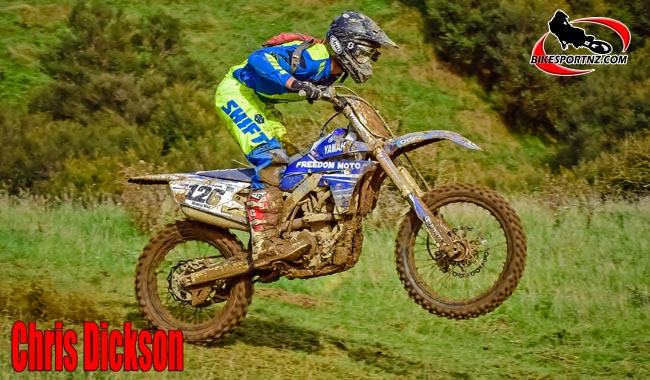