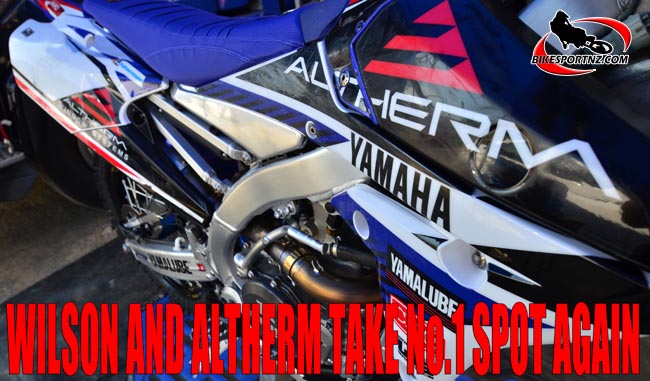 The 21-year-old, mentored on both sides of the Tasman Sea by his Altherm JCR Yamaha Racing Team boss Josh Coppins, of Motueka, was simply stunning at Coolum, the Queensland venue for the tenth and final round of the Australian Motocross Championships, on Sunday. 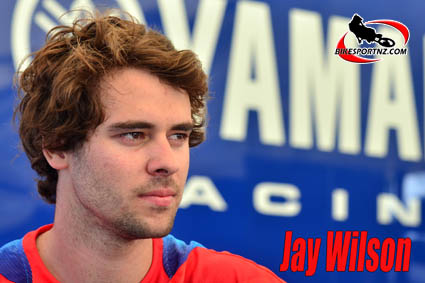 Wilson, from Tweed Heads, near Coolangatta, became New Zealand MX2 (250cc) motocross champion for the first time in March this year and now, after crushing his opposition with a commanding 1-1 result at Coolum, he is national No.1 in two separate countries in the same season.

Wilson took his Yamaha YZ250F to completely dominate the day at Coolum, snatching away the crown from his former team-mate and fellow Australian Luke Clout, who rides for the Australian Serco Yamaha Race Team.

Clout finished 2-13 in the two races on Sunday, after he crashed while leading race two, and made it a Yamaha 1-2 for the championship as he still managed to finish in the No.2 position overall. Third overall was Japanese Kawasaki rider Takeshi Katsuya.

“This is awesome,” said an elated Wilson afterwards. “So much hard work has gone into this year. Josh Coppins and the whole Altherm JCR Yamaha Racing Team believed in me this year and now we’ve got the job done.

“I was so nervous coming into today, but to get the job done I’m so pumped.”

As the manager of the Altherm JCR Yamaha Racing Team, the 38-year-old Coppins, a two-time former world No.2 and former British, Australian and New Zealand motocross champion, was naturally overjoyed with the way the season has unfolded.

“I’m so happy and all credit to Jay,” said Coppins.

“This was a tough track and I didn’t think it was rideable this morning. But all credit to the club here for the work they did.”

Wilson won the world junior 85cc motocross championship title when the event was staged in New Zealand in 2009 and, was being heralded then as a future star of the sport.

Wilson successfully defended his New Zealand 250cc Supercross Championship title in 2014 and also finished fourth in the MX2 class in the Australian motocross nationals last season, before putting together a perfect season in 2015.

“My focus now is on racing (for Australia) at the Motocross of Nations in France (on September 26-27) and to see what I can do there,” said Wilson.

“I want to head overseas to race next year but, if not, I’ll probably step up to the MX1 class.”

Another Kiwi was racing in the MX2 class at Coolum at the weekend, Kaukapakapa’s Josh Jack, this final round his only appearance at the Australian nationals this season.

Supported by BikesportNZ.com, MotoSR, MX Graphic Creation and Darbi Accessories, privateer rider Jack took his Yamaha YZ250F to finish the day with a pair of 22nd placings, good enough for the young builder to finish the day 22nd overall.

Jack recorded an overall personal best timed lap of one minute 28.211 seconds. His average lap time was 02:10.721, dramatically speedier than his career average at Coolum of 02:16.791.