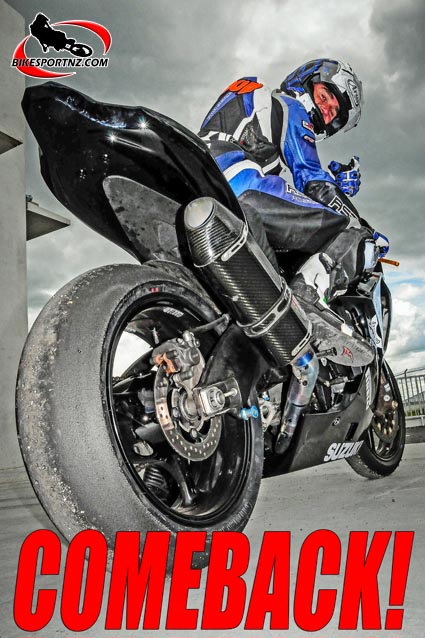 He has won New Zealand’s premier motorcycle road-racing crown a record nine times already and title No.10 could be just around the corner.

Waikato’s Andrew Stroud had been a dominant force in this country for nearly 30 years, before finally announcing his retirement in August 2013.

But now, almost two years to the day after he hung up his helmet and boots, signing off on a glittering career that took him to the pinnacle of the sport in New Zealand and abroad, the Suzuki stalwart has announced his comeback to the sport.

The now 47-year-old father-of-10 from Hamilton said he was overjoyed to again be racing the Suzuki GSXR1000 superbike and, while his reappearance on the starting grid will surprise many, it comes after a two-year hiatus during which time he has never really been far away from the racetrack.

“I have continued to go to race meetings anyway, helping my eldest boy (16-year-old) Jacob with his riding and racing. During this time I have been out for an occasional ride too, just for fun, and I loved it,” said Stroud. “Jacob has been showing some promise and Suzuki have offered him a 600cc bike too, so he will be able to step up a class and it will be great for the two of us to share our experiences together.

“I have always loved racing bikes. It brings me alive like nothing else. It’s an exciting sport to be in.

“The motorcycling community is like a family to me too and it will be great to join the top riders again on the race track. There are a lot of fast riders in the superbike class. The starting grids have not had huge numbers but the depth of talent is huge. I don’t expect anything will be easy for me.” 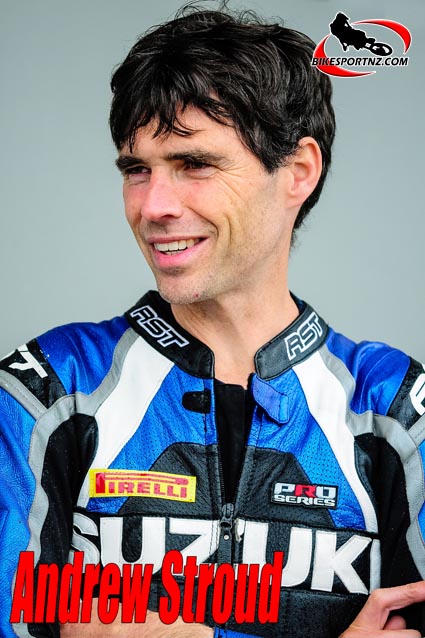 Stroud’s career took off from there and soon had many highlights, including the occasion he finished runner-up to Australian legend Mick Doohan in the 1988 Arai 500km Superbike race at Bathurst.

He raced the United States endurance series and the Suzuka Eight-Hour endurance race in Japan that same year, teaming up with fellow Kiwi great Graeme Crosby.

It was there that he was recruited by a Japanese team and, for the 10 years that followed, he was fortunate enough to travel the world, racing full time for various superbike and Grand Prix teams, as well as winning national titles in the United States and also racing at the Isle of Man.

He was close personal friend of Christchurch inventor John Britten and he raced Britten’s world-famous motorcycle to win major events in the United States, including winning the BEARS (British, European and American Racers) world championship in 1995.

As well as achieving a record nine New Zealand superbike title wins, Stroud made it four Formula One title wins in a row in the popular annual Suzuki Tri Series before a crash at Manfeild prematurely ended his 2012 campaign.

“I had worked out some terms with Suzuki to race the 2013 season, but my wife, Karyn, was due with our child No.10 and she arrived prematurely,” Stroud explained.

“Karyn and the baby were in hospital for seven weeks and I was left at home trying to sort out the other nine kids, so a season of racing was never going to be an option then anyway.”

His return to the racetrack will add real fire and spice to the 2016 national superbike championships season, set to kick off at Ruapuna, on the outskirts of Christchurch, on January 9-10.

“In the year I crashed (in 2012) Suzuki paid out my contract anyway, which was extremely generous of them. It will be great for me to be able to return the loyalty by going for a tenth New Zealand title on their behalf.” 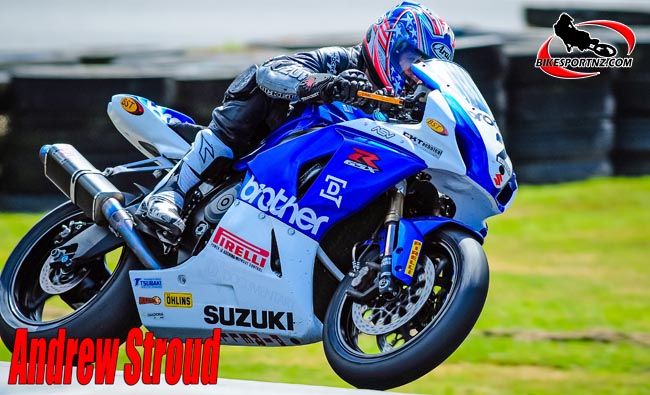