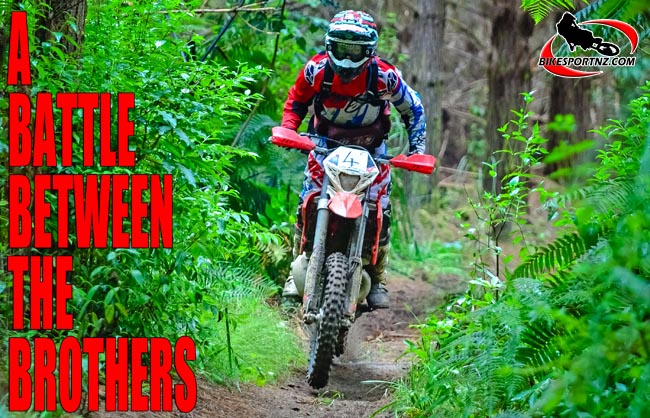 Round four of the Beta South Island Enduro Series took place in Alexandra over the weekend and it was, once again, an event dominated by sibling rivalry amongst the Macdonald family.

As usual, riders were treated to a spectacular event set amongst the rock infested hills surrounding the small town of Alexandra.

The course for the day consisted of three loops that featured a mix of narrow mountain bike style tracks and some open, flowing sections with a few trials type rock sections thrown in for good measure.

There were three terrain tests for the day, which were ridden twice, and each of which tested rider’s skills on all of the varying types of terrain on offer.

The motocross style test however did prove to be a popular one as spectators watched on, whilst their riders attacked the test at full speed.

When the numbers were crunched at the end of the day, it was West Melton’s Hamish Macdonald (Sherco SE-R300) who took a convincing win over his older brother Angus Macdonald (Beta RR300, pictured above) with local young gun Jesse Wight (Honda CRF250) snatching the day’s final podium position.

A big thanks went out to Joe Forsyth and all of his helpers for producing the great event.

The series now heads back to Canterbury for its final round, an enduro-sprint style event. 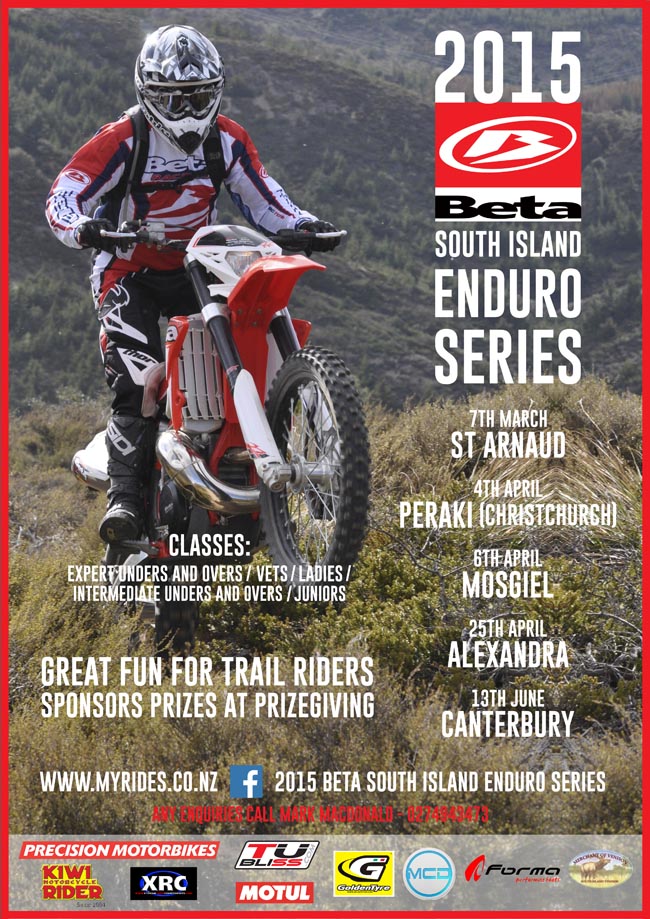