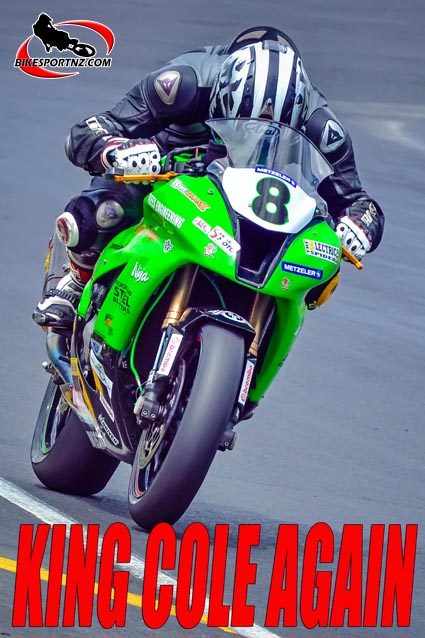 A long time away from the sport did not seem to dull the skills of superbike hero Nick Cole, who raced his way straight back to the top of the podium on Sunday.

The 28-year-old Waikato fitter and turner has been notably absent from the sport of superbike racing for nearly 12 months after suffering an injury, unrelated to motorcycle racing, in March last year.

But, now raring to go again, the Hamilton rider took his 2012-model Red Devil Racing Kawasaki ZX10-R to celebrate outright glory at the third round of four in the New Zealand Superbike Championships at Hampton Downs on Sunday.

Cole and his aging bike proved to be just as fast and reliable as ever – this was the same machine that Austrian visitor Horst Saiger rode to win the Suzuki Tri Series in December, so it has done a lot of kilometres over the past few seasons – producing another clockwork performance at the weekend.

Cole was credited with fourth place in the first of three superbike races, the race stopped after just five laps because several riders had crashed. Cole managed a runner-up finish when the race was re-started, with half points allocated for each five-lap stanza.

Another solid third-place finish in the final race of the weekend was enough for Cole to win the event overall, finishing three points ahead of runner-up Magee (who had a 6-4-4-1 score-card), with unlucky Wellington rider Sloan Frost (Suzuki GSX-R1000, 1-1-DNF-2) taking the third step on the superbike podium. 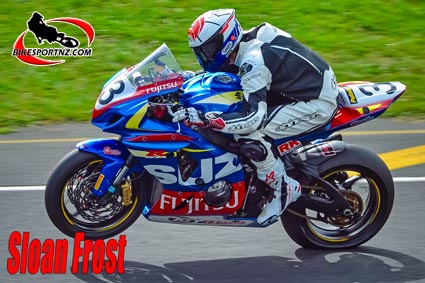 However, though he was impressive at the weekend, because this was his only appearance in the series so far this season, Cole is not a realistic title contender.

Meanwhile, Christchurch’s defending national champion Dennis Charlett (Suzuki GSX-R1000) finished an unaccustomed fifth overall for the weekend, but this was still enough for him to keep his spot on top of the championship standings as his main rival, Westmere’s Hassan, crashed out of the final race of the weekend.

Charlett now leads Hassan by five points in the championship as they head to the fourth and final round in Taupo this coming weekend, while another Christchurch rider, James Smith (Honda CBR1000RR), is third overall, 33 points behind Hassan.

Despite his abbreviated campaign, Cole has climbed onto the championship points table at 11th place overall and he is just half a point behind the rider in tenth position, Whakatane’s Tony Rees (Honda CBR1000RR).

If Cole can keep up his momentum, it is highly likely that, even contesting just half the championship, he could still earn for himself a single-digit ranking this season. 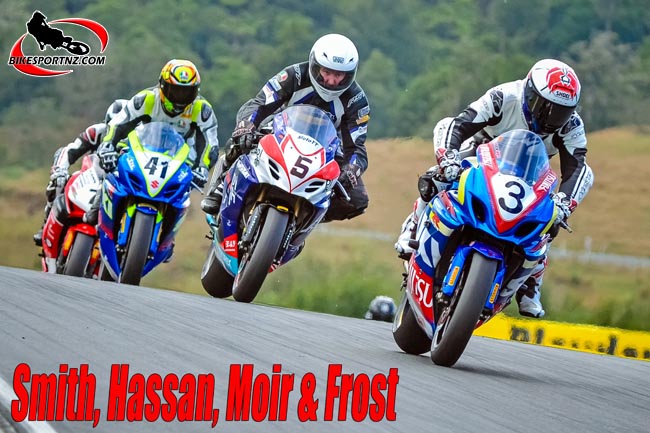 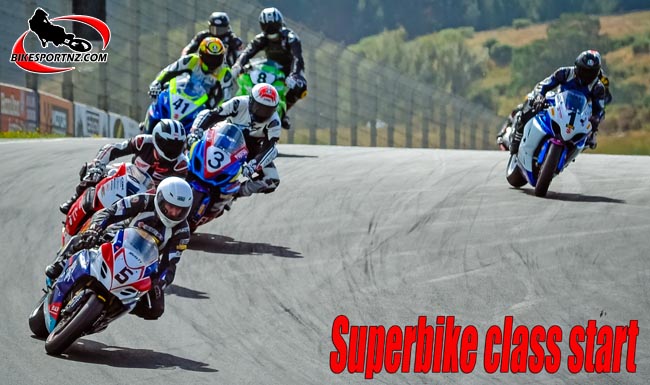