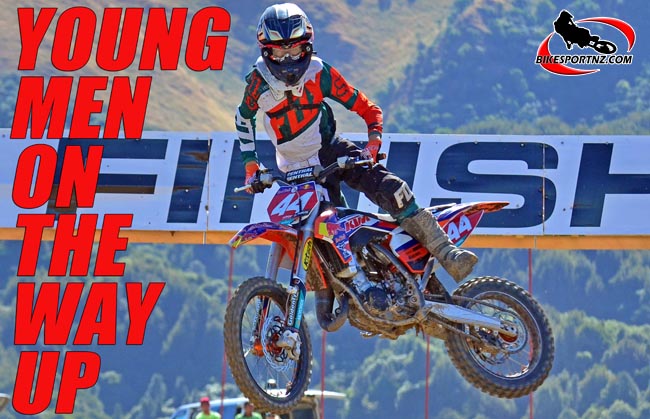 Maximus Purvis, Brodie Connolly and Cobie Bourke are so reliable, you could probably set your watch by these young men.

Purvis took his CMR Red Bull KTM 85 to easily dominate one of the junior sections of day one at the weekend’s 54th annual New Zealand Motocross Grand Prix at Woodville.

The 14-year-old pocket rocket from Mangakino was unbeaten in the junior 13-16 years’ 85cc class, winning three races from three starts, to finish the day ahead of fellow KTM rider Oliver Ayre, of Havelock North, and then he followed on to win the 85cc/150cc Champion of Champions feature race the next day.

The year 10 pupil at Taupo Nui A Tia school in Taupo said afterwards he had “an awesome weekend”.

“I love it when it gets tricky, rough with lots of corners,” Purvis said.

It was a similar story for Matamata rider Connolly, who scored a hat-trick of wins in the 11-12 years’ 85cc class, with fellow KTM star Grason Veitch, from Dunedin, finishing runner-up each time to end the day nine points adrift of Connolly.

Rangiora’s Cobie Bourke took his KTM85 to win all three races in the 8-10 years’ 85cc class.

With dominance like this across all the 85cc classes, the men from KTM have plenty of reason to smile and it is just a matter of time before Purvis steps up to the 125cc class and perhaps Connolly moves in to take his 85cc spot on the official CMR Red Bull KTM squad.

And, with Australian visitor Kirk Gibbs taking his KTM450SXF to win the key senior Woodville GP crown on Sunday, these young Kiwi riders have plenty to inspire them to greatness in the future too. 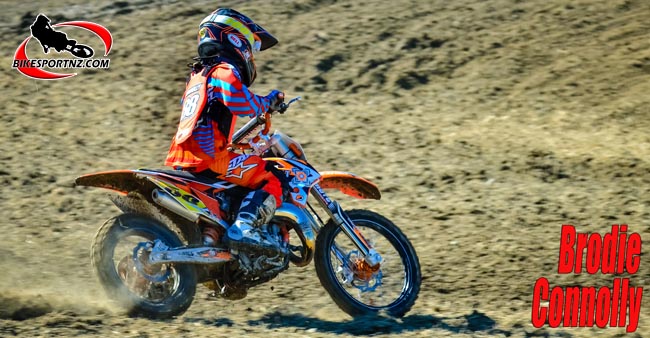