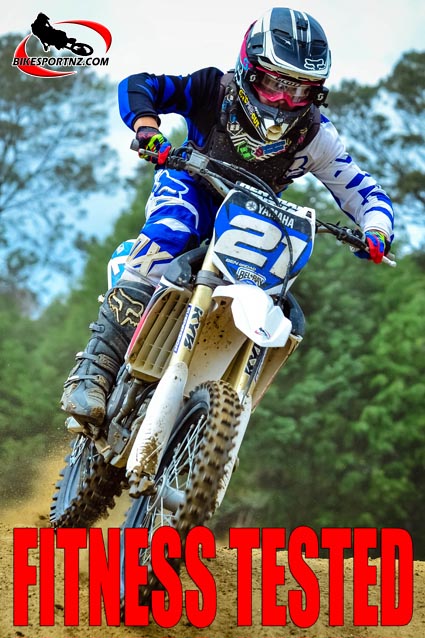 Motocross can be a brutal and frustrating sport at times, and also delightfully rewarding, as Thames Valley’s Ben Broad could confirm after his experiences at the year-ending 43rd annual Whakatane Honda Summercross at the weekend.

There would not be many sportsmen who could survive, let alone consistently race among the leaders, contesting nine races over two solid days in blistering sunshine, but this 16-year-old Yamaha ace from Ngatea proved he was up to the task.

He notched up a 5-1-1 score-card to win the junior 16-17 years’ 125cc class on the Saturday, finishing eight points ahead of Te Awamutu’s Jacob Steel (Honda CR125), and then backed that up by registering a 9-1-1 score-card when racing the Youth MX class the following day, finishing four points behind fellow Yamaha star Wyatt Chase, of Taupo.

So, despite winning two out of three races on both occasions, the back-to-back campaigns garnered two very different results.

It was a tough couple of days for Broad, who didn’t have it easy even in the class he did win.

“I had a shocking start in the first junior 125cc race and had to battle from last place to finish fifth,” said Broad, a year 12 pupil at Hauraki Plains College. “I won the next two races comfortably and that was enough to get the overall win. I also had an incident in the first 250cc race on Saturday when I clipped another rider and went down. I had to fight from 38th to finish ninth in that race.

“My energy was sapped a bit because some of my two junior class races were virtually back-to-back.

“I’m only just starting to learn how to ride the four-stroke YZ250F properly and I’m not used to the concrete start pads either. But I was better on Sunday.

“I seem to be getting better each time I race the 250. The Whakatane Summercross was a good learning experience for me. I’ll be racing the 125cc bike in the senior nationals, starting in February, with the plan that I move up to race the MX2 (250cc) class at the senior nationals in 2016.”