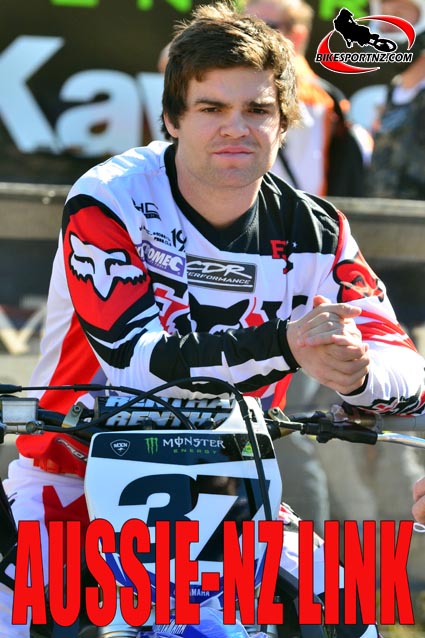 The relationship between the CDR Yamaha and JCR Yamaha teams continues to grow with both teams about to embark in a busy period that will see bike and rider development a focus as the 2015 motocross season gets underway.

CDR Yamaha’s Jacob Wright and his mechanic Aiden Meltzer set off for New Zealand today to race the Woodville GP this weekend as well as the four round New Zealand Motocross Championships over the coming 10 weeks.

The relationship between the factory Yamaha teams will see Australia’s CDR Yamaha team provide extra technical support in New Zealand while, JCR manager Josh Coppins, will take a hands on approach and work closely with the riders with an aim to improve their racing technique and win both the NZ and MX Nationals this season.

CDR Yamaha will also send Kade Mosig, with mechanic Mike Landman, over for the final two rounds of the championship in March as he finalises his preparations for the start of the MX Nationals in late March.

“CDR Yamaha and JCR Yamaha have formed a very tight relationship over the past two seasons that has been a huge benefit to both teams,” states CDR’s Craig Dack. “Josh has aligned a lot of his team sponsors with ours and as a result, we can share a lot of information and technology on the bikes as well as allow them to gain experience racing in the NZ championships.

“We have stepped it up even more for 2015 with both riders and staff going over and we hope that the knowledge and valuable time spend with Josh and racing in New Zealand is a benefit for us when the MX Nationals rolls around,” Dack ends.

Australia’s Jay Wilson will also be racing in New Zealand, hand-picked by Josh Coppins to represent his Altherm JCR Yamaha team in the MX2 division. Wilson has just returned from injury but is feeling fresh on the bike and excited to again be working with Coppins.

YJR’s Hunter Lawrence was also scheduled to race this weekend in New Zealand on a YZ125 but was forced to withdraw after a fall in training on Tuesday. Lawrence is still expecting to head back to New Zealand for the final two rounds of their motocross championship in March.

The Woodville GP gets under way this weekend and the four NZ MX championships starting in February.