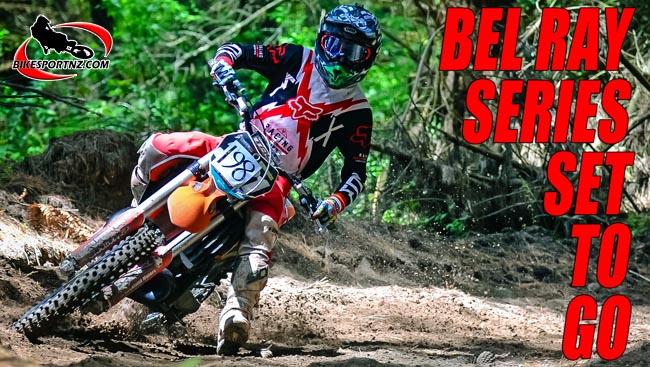 The hills around Huntly will echo with the sound of highly-tuned dirt bikes this coming Sunday as the 21st anniversary Bel-Ray Cross-country Championships kick off for another thrilling series.

Once again the entry list for the three-round competition reads like a virtual Who’s Who of New Zealand’s off-road motorcycling talent, with a handful of Kiwi internationals and current and former national champions all vying for honours.

A wide range of classes are catered for and this allows competitors to make their way through the grades with a good chance of collecting a prize or two. The experts class has always attracted New Zealand’s top talent with many Kiwi internationals competing while at home during their international off-season.

The 90-minute junior race starts at 10am and the two-hour senior race blasts off at about midday. Mini bike riders will run a race on a separate, extended motocross track, starting at 10am.

Classic bike class will be first away and this will be the only class to start with the engines running.

The classics class introduced for the first time last year has been expanded this year to include all air-cooled bikes up to 2014.

Day licences are available and free for the first round. The remaining two rounds after this weekend’s opener are set for January 11 (Smith’s Farm, Naike) and February 8 (Sutton’s Farm, Bombay).