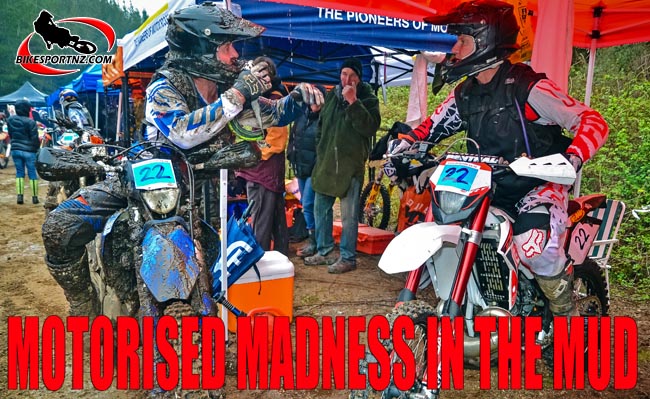 The big annual Suzuki Six-Hour Dirt Bike Challenge near Tokoroa on Saturday was considerably shorter than in past years, the muddy racing abandoned even before the halfway stage of the marathon as conditions became steadily worse and the track simply “fell apart”.

Persistent rain overnight Friday and throughout the early morning on Saturday turned the steep Ohakuri Forest course, about halfway between Tokoroa and Taupo, into a greasy mess, forcing organisers to wave the chequered flag after just two-and-a-half hours.

“The rain made the track impossibly treacherous and quite nasty … the track was wrecked,” said event manager Sean Clarke. 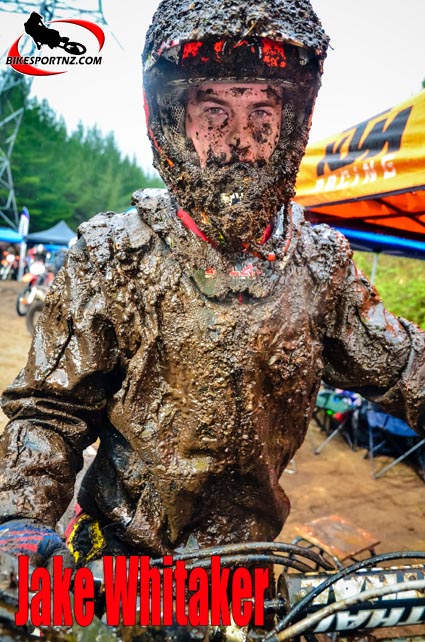 However, while most riders were having difficulties, it all seemed to go to plan for Yamaha pair Chris Power and Adam Reeves, who were declared outright winners of the senior race after they were leading when the race was abandoned just after midday.

North Shore’s Power (Yamaha YZ450F) grabbed the lead right from the start and shot off into the damp forest while carnage ensued behind him, many of the likely top challengers, including Glen Eden’s multiple national enduro champion and former Romaniacs winner Chris Birch were caught up in a turn-one tangle.

By the time Power had completed lap one, about 45 minutes later, he was a minute in front of Morrinsville’s Simon Lansdaal.

Meanwhile, last year’s six-hour-winning Suzuki pair of Brad Groombridge and Daryl Hurley were third, another minute further back, with Groombridge staying on the bike to complete back-to-back laps before handing over to Hurley for what would eventually be the final lap.

By the time the racing was flagged, Power and Reeves had pushed out their advantage over the Lansdaal and Knight combo (sharing a KTM EXC 350) to nearly two minutes, while the Groombridge and Hurley pairing (sharing a Suzuki RM-Z450) had slipped back to fifth.

“The YZ450F started first kick and that was vital for me getting the holeshot,” said the 33-year-old Power afterwards.

“Because I was the first rider to traverse the track, I was uncertain about how the track was going to behave and the soil was pretty sloshy. The danger was the front end digging in … as soon as you braked hard, you were all over the place.

“Darbi Accessories had provided us both with some great ProGrip goggles and so my vision stayed clear and that was very important.”

Reeves was thrilled to see his team-mate arrive first back in the pit zone after lap one.

“I knew from the state of Chris and the bike, that just staying upright was of prime importance,” said the BikesportNZ.com-supported Reeves.

“The toughest thing for me was that I couldn’t feel my hands. It was so cold. Snow was falling on the high sections of track and we were riding through that.

“There were a lot of riders stopped on the side of the track, stuck or just unable to go on. It was the right thing to do to end the race early.

“Chris and I finished second in this race in 2012, so it was nice to get the win this time around.”