KTM Motocross Race Team’s Kirk Gibbs stole outright honours in the MX1 class at the seventh round of 10 in the 2014 Australian Motocross Championships at Conondale, in Queensland, at the weekend, while the Kiwi duo in the class battled hard to scavenge as much as they could from a difficult day of racing.

Gibbs was the standout rider on the day at the Monster Energy MX Nationals, finishing second in the opening two motos before winning the final race, enough to finish the day two points ahead of Team Motul Suzuki’s Matt Moss.

With Moss claiming the Superpole by posting the fastest qualifying lap, Gibbs could only make up one point in the overall championship standings from defending champion Moss.

CDR Yamaha’s Billy MacKenzie finished the round in third place, which included a hard-fought win in the second moto of the day. 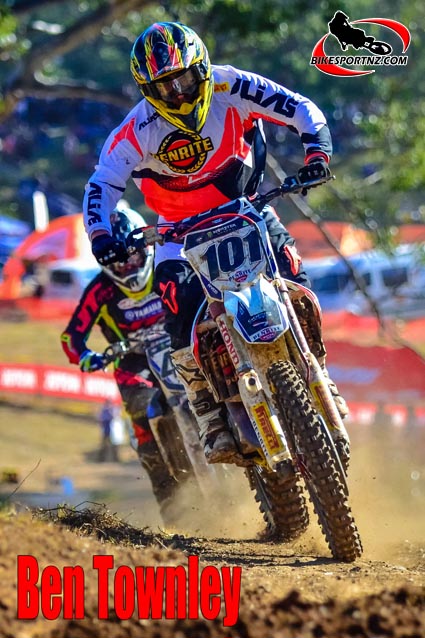 In the opening moto, Moss edged out CDR Yamaha’s Jay Marmont to take the holeshot, before veteran Marmont shot to the front and put some serious distance between himself and Matt Moss, Jake Moss (National Pump Monster Energy Kawasaki) and Kade Mosig (DPH Motorsport).

Privateer Jesse Dobson clawed his way into the top four by the end of the opening lap, but it was the Moss brothers who had everyone talking soon afterwards, on lap two of the race.

A coming together of yellow and green saw Matt and Jake clash, sending Jake flipping off his bike before ending up at the local hospital – unable to take part in any further racing for the day.

Meanwhile, despite slipping back to fourth place, Matt Moss claimed the lead on the fourth lap – a lead that he did not relinquish for the remainder of the race as he claimed maximum points.

Gibbs, who was in seventh after a less than ideal start, clawed his way back and passed Marmont into second on the penultimate lap, and the pair finished in second and third respectively.

In the second race, Matt Moss took the holeshot from Marmont, Mackenzie, Gibbs, Adam Monea (National Pump Monster Energy Kawasaki) and Townley, who had officially retired from top level racing in March last year before being coaxed to cross the Tasman for a fill-in role on the Penrite team.

MacKenzie didn’t take long to stamp his authority on the race – shooting into the lead in the first half of the opening lap, and controlling the moto going on to record an emphatic race victory.

MacKenzie, Moss and Gibbs were all within striking distance of each other throughout the race, and it was on the final lap when Gibbs made his move.

The KTM pilot moved past the red-plate holder into second and made a real charge for Mackenzie – and as the pair approached the last jump they were neck and neck. It was tough to call watching from the line, but the timing doesn’t lie – with MacKenzie holding on for the race win by one tenth of a second, Gibbs finishing second and Moss back in third.

Monea finished the race in fourth with Mosig coming home in fifth.

For the final moto, Marmont joined Jake Moss and crowd favourite Lawson Bopping (Sic Racing) on the sidelines in a whittled-down field.

While injuries took their toll on some, it was the usual crew out front, with Matt Moss taking the holeshot from Gibbs, MacKenzie, Mosig and Monea.

Mosig soon rode into third and it wasn’t until lap six that Gibbs made his move at the front of the field.

At the bottom of the huge downhill, Gibbs pulled a clean move, setting up wide early before cutting to Moss’ inside and taking the main line to claim the lead.

From there Gibbs took the race win and the round win, leaving Moss having to settle with second in the race with Mosig in third.

Monea and MacKenzie rounded out the top five for the day.

Townley chimed in with 5-6-11 results, good for sixth overall on the day, while the second Kiwi in the class, Mount Maunganui’s Rhys Carter (Team Motul Suzuki) managed 8-9-7 to finish the day seventh overall.

The results at Conondale mean that, with three rounds of the championship left to go, it looks to have come down to a battle between Matt Moss and Gibbs to win the title.

Moss holds an 18 point lead from Gibbs in the title race with MacKenzie a further 50 points behind, Monea another seven back, and Jake Moss a further 55 points in arrears.

The series now heads to Raymond Terrace in New South Wales for round eight on August 3.

Check back here on www.BikesportNZ.com during this week as we bring you more stories and photos from the weekend, including coverage of the Kiwis in the MX2 class. 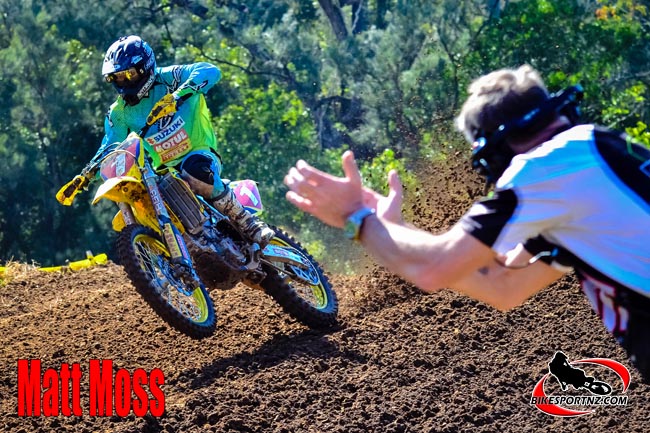 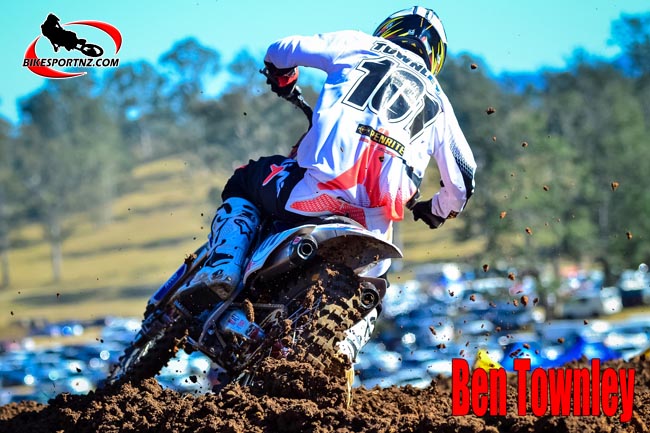 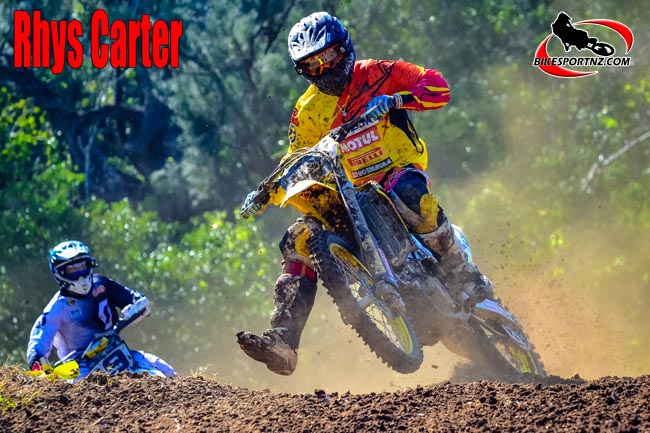