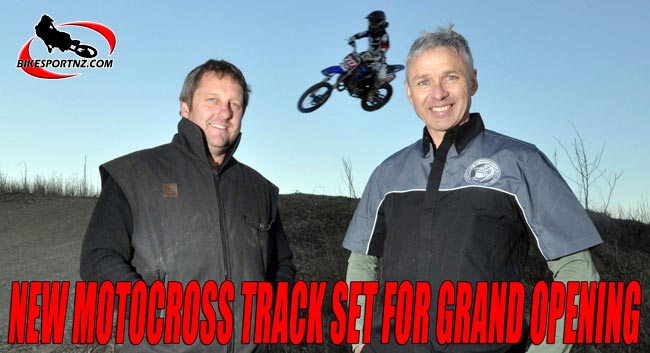 The Hawke’s Bay Motorcycle Club could be the envy of New Zealand as it gets ready to celebrate the grand opening of a brand new motocross circuit – The Ngaruroro Raceway – on July 20.

According to the club, Ngaruroro Raceway is likely to be rated as one of the best tracks in the country and will be a quality asset for the people of Hawke’s Bay.

The $250,000 facility boasts a 2.3-kilometre course on land leased from the Hawke’s Bay Regional Council and is situated at the end of Mere Road, off State Highway 50, near Fernhill, in Hastings.

Club president Greg Morice said it had taken hundreds of hours using heavy machinery to dig out the gravel area for the track, which sits along the banks of the Ngaruroro River.

The biggest contributor to the project has been Andy Ayre, whose son, Ollie, is among the more than 150 club members who race motocross or ride trail bike events.

Ayre said the track had been based on the renowned Freestone race circuit in the United States.

After the open day the club will host round for of its Winter Magic Series.

The club has plans to host a round of the senior New Zealand Motocross Championships, possibly in 2015, but would first need resource consent.

The photo above, courtesy of Clinton Llewellyn, shows Andy Ayre (left) and Greg Morice, with Ollie Ayre jumping in the background.