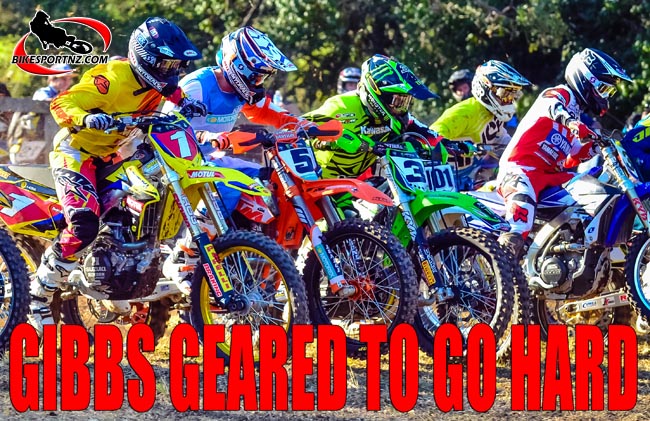 KTM Motocross Racing Team rider Kirk Gibbs is looking forward to this weekend’s eighth round of the Australian Motocross Championships at Raymond Terrace, as a chance to show what he’s capable of at the venue.

Last year the track was the site of Gibbs’ first Monster Energy MX Nationals round aboard the KTM 450 SX-F and his debut in the premier class, but though his pre-season had seen a well-crafted build up, it also saw Gibbs pick up a shoulder injury from an event just a week before the opener.

He battled to 13th and 11th on that day in April ’13, but since then he’s evolved – in just 15 months – from class newbie into race-winning, Pro Open championship contender.

Gibbs (pictured above, bike No.5) won the most recent round of the MX Nationals at Conondale, his second overall win of the series, to close within 18 points of defending champion Matt Moss. 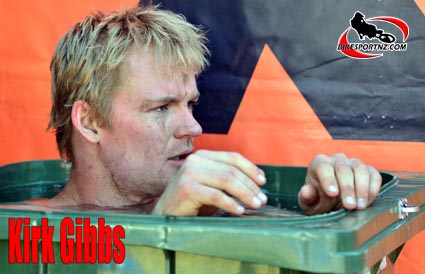 “Looking forward to it, I think it will be terrific, last year it was tough for Kirk because he went in to it with an injury from New Zealand,” said team manager Rob Twyerould.

“This time he’s fit and ready to go, and being a harder track it will suit him really well. The three-moto format will provide more opportunities to score points, and it’s a local one for the team so it’s not a big effort for the team to get up there.”

Kirk Gibbs: “When I raced at Raymond Terrace last year things were a lot different and it was a big eye-opener for me. It was my first big race on the 450 and I was riding injured and needed a bit more time on the bike and more testing. I was stepping into the big boys’ class for the first time and it was a tough day for me.

“Obviously it’s a bit different ballgame now, and hopefully things will be a lot better! My starts and my bike setup are better now, and just me as a 450 rider generally, we’ve improved in all three areas. We’ll aim for three solid starts and three solid finishes and keep chipping away at that points lead.”

In the MX2 class, Red Bull KTM’s Hamish Harwood will target the 16-point gap between himself and championship leader Luke Clout, while fellow Kiwi Kayne Lamont will be hoping to put his Husqvarna Red Bull WIL Sport BikesportNZ.com TC250 on the podium again after a terrible run of bad luck.

Mangakino’s Lamont, the New Zealand MX2 champion, is currently seventh in the standings after leading the class at the start of the series. He is just 25 points off a podium position for the championship.

Also in the MX2 class, 17-year-old Axis Motorsports KTM rider Caleb Ward, who leap-frogged up to fourth in the championship at Conondale, will try his hand at the Raymond Terrace layout for the first time.