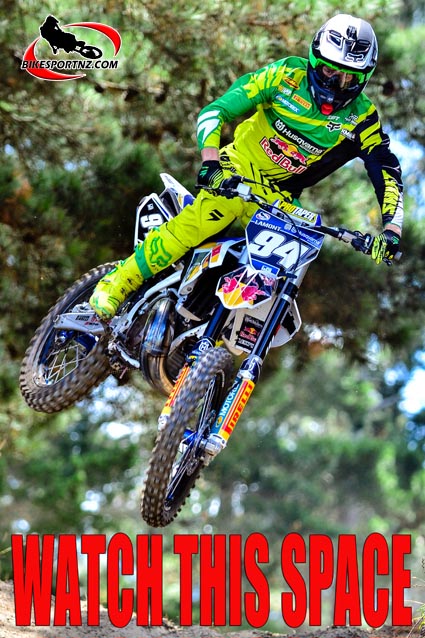 The second half of the Australian Motocross Championships kicks off this weekend in Swan Hill, and Williams Event Management (WEM) and My Sport Live have made significant investments to ensure the live stream quality over the next five rounds.

Through the course of the first half of the championship, the live stream of qualifying and racing was unreliable and often poor quality, due to little to no Internet connection in the remote areas that the tracks are located in.

In addition, the increase in spectators at the MX Nationals this year, has meant a higher volume of people sharing the one Telco tower when utilising phones at events.

With those issues identified, My Sport Live and WEM have addressed the need for a more reliable Internet connection and have partnered with Sydney Teleport to provide a broadcast satellite uplink. This will provide high quality live broadcasting of the MX Nationals.

Over the next five rounds of the championship, the MX Nationals and My Sport Live will work alongside Sydney Teleport to ensure that everyone at home, and those who can’t be at the track, will have reliable access to view the final moto of each class, LIVE from the venue.

Round six of the championship at Swan Hill will see broadcasting starting from the track at 1.45pm – this Sunday, June 29. Where the final moto from both MX1 and MX2 will be shown live online via www.mysportlive.com.au

It will be worth watching out for the Kiwi presence at the track this weekend too, with MX1 hero Rhys Carter (Suzuki) and MX2 title contenders Hamish Harwood (KTM) and Kayne Lamont (Husqvarna) all well-positioned in their respective championship battles.

Lamont put a fair amount of pressure on MX2 class leader Luke Clout prior to the five-week break, however a freak injury while rolling over in bed stopped him in his tracks.

Lamont suffered an injury to his pectoral/shoulder, and tore some tendons and ligaments off his collarbone, so headed back to his home in New Zealand to heal up before round six.

The young two-stroke pilot has had intense physio treatment to assist with his injury and we’re hoping to see the BikesportNZ.com-backed rider fit and healthy this weekend after some time off the bike.