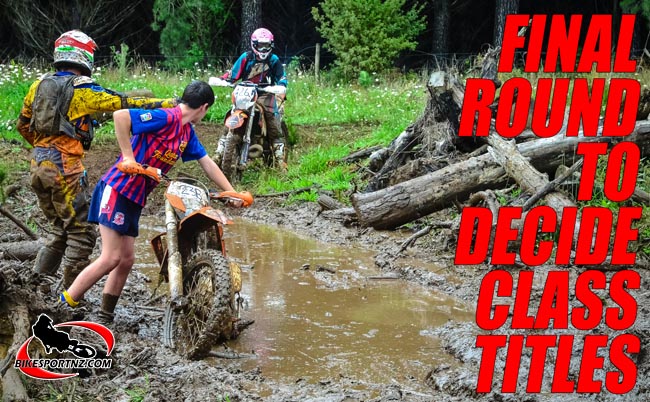 It is the final throw of the dice for national enduro title hopefuls this weekend.

Kiwi international Chris Birch has already won the New Zealand Enduro Championships outright and sealed up the over-300cc four-stroke class win as well as the riders head to Waimiha, near Benneydale, in the King Country, for the sixth and final round on Saturday.

But, for many of the riders, that doesn’t mean the fat lady has already sung her last song.

Only two of the five Expert Grade classes have already been decided and most of the intermediate are also still wide open, so there remain plenty of good reasons for New Zealand’s elite off-road motorcycle racers to treat the finale of this KTM-sponsored series very seriously indeed.

The under-300cc four-stroke class is in the bag for Wainuiomata’s Jake Whitaker, but the battle is still very intense to find the class runner-up with Paekakariki’s Tyler Mills and Feilding’s Freddie Milford-Cottam both in the running.

Morrinsville’s Simon Lansdaal will no doubt harbour hopes of catching Kaikohe’s Mitchell Nield for overall honours in the under-200cc two-stroke class, while the battle for veterans’ class honours could not be any tighter with Tokoroa’s Sean Clarke and Taupo’s Mark De Lautour level-pegging in the points.

Mokau’s Adrian Smith has a firm grasp on the over-200cc two-stroke class trophy, with Taupo youngster Greg De Lautour perhaps too far behind now to be a real threat, but Smith will no doubt still be keen to take another win off defending outright champion Birch after tasting success at round four of the series near Christchurch in April.

The 33-year-old Birch has thus far won four of the five rounds and is favoured to win again on Saturday, really only using the event at Waimiha as a warm-up ride ahead of his next big international foray.

Birch heads off to contest the Dacer Rally in Canada in June, an 800-kilometre one-day enduro, before he heads to Romania for the big annual Romaniacs Extreme Enduro in the unforgiving Carpathian Mountains from July 15-19.

Please note that the photos shown here were NOT taken at Waimiha and the property owner assures us that conditions for this weekend’s event will look nothing like this. 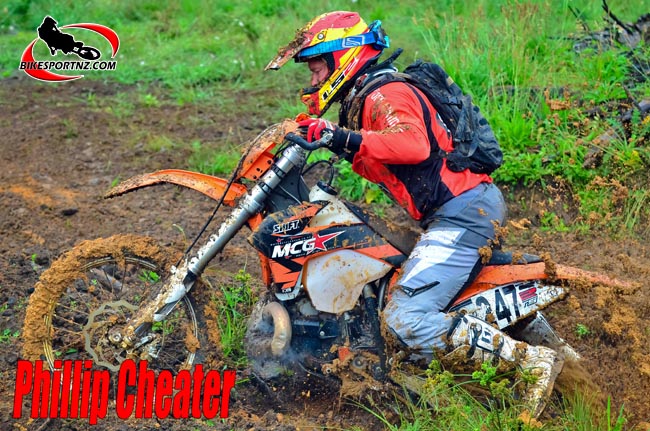