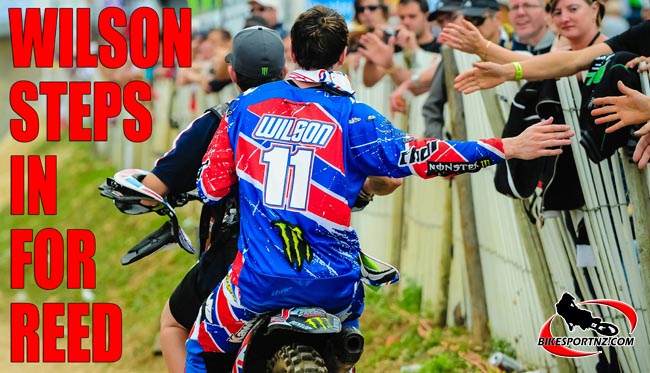 It is official, Australian hero Chad Reed is out for the remainder of the 2014 Monster Energy Supercross Championship and Scottish-born rider Dean Wilson will fill-in for him at select races.

The 31-year-old Reed dislocated his shoulder during practice for the latest round of the supercross championship, round seven of the series in Arlington, Texas, at the weekend.

Reed’s latest setback capped an already painful week for the New South Welshman, who suffered a broken scapula, collarbone and T1 vertebrae in a last-lap crash in the San Diego supercross, round six, seven days earlier.

Reed assured fans that he was not retiring from the sport, saying he was too young to give it up. 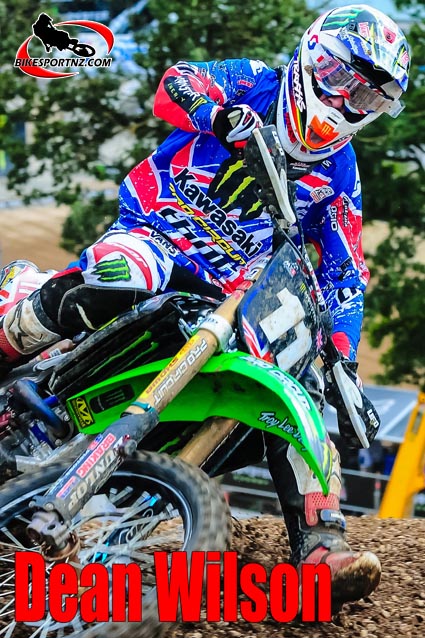 “Injuries are part of the game. My kids and wife are here with me, so life’s good,” he said.

Reed missed large chunks of the 2012 and 2013 seasons recovering from a serious knee injury sustained in a horrific race incident two years ago.

While he recovers following shoulder surgery, Reed and his team will now turn their focus towards supporting Wilson.

The next event, round eight, is at the Georgia Dome in Atlanta this weekend, although Wilson’s debut on Reed’s bike will most likely happen at round nine in Indianapolis next weekend.

Reed’s Discount Tire Racing/TwoTwo Motorsports’ team has said Reed must sit out for the remaining rounds of the 2014 AMA Monster Energy Supercross series.

Reed entered round six of the series after taking a commanding win just seven days earlier in Anaheim, his second win of the 2014 season, and was only two points shy of the series championship point standings.

Despite breaking three bones in the San Diego crash, round six on February 8, Reed put in a valiant effort at round seven in Dallas last weekend to stay in the hunt for series championship.

However, his injuries were too severe for Reed to complete practice qualifying. Reed will now turn his focus to the 2014 Lucas Oil Pro Motocross Championship later this season.

Wilson has prior experience racing the KX450F in the Lucas Oil Pro Motocross; however this will be his first attempt at racing in the 450 Supercross class.

For Reed, choosing Dean as his fill in was an easy fit.

“For me I’m ready to heal up and get back into training and focus my time and energy on getting ready for Outdoors,” said Reed. “I’m excited for Dean because it is the team’s long term goal to have multiple riders on the team and Dean’s name has been kicked around the semi for a long time. This is our first chance to see how it goes with another rider in the mix.

“Not only is Dean a good friend, but is also somebody who I respect for his talent. I’m excited for the chance to work with him and not dwell on the fact that I’m out of the championship. I’m excited to put a headset on and go to the races as team owner and try to see what we can do and have fun with Deano.”

Upon entering his first 450 Supercross race, Wilson said he looks forward to the opportunity of learning under Reed’s guidance.

“Joining Discount Tire Racing/TwoTwo Motorsports is going to be an awesome experience for me. Obviously I know Chad pretty well and I got the phone call last Saturday after he decided that he wasn’t going to be racing. It was a pretty cool phone call to get that he wants me to race his bike! I’ve wanted to do the 450 rounds on the East coast just to keep racing because I feel like I’m riding pretty well at the moment. Mitch (Payton) and Reid (Nordin, Kawasaki race team manager) were really supportive of this move, as well as the other team sponsors. I just want to mix it up with the boys and have fun. There is no pressure so it should just be some good racing and some good experience for me.”

Coming off of the West coast share of the series, Mitch Payton is excited for Dean to get seat time on the East coast before the series heads back west.

“We’re very happy that Chad has reached out to Dean to fill in for him while he is recovering,” said Mitch. “Both Chad and Pro Circuit are really good friends as Dean and Chad are also. We believe Chad’s team is organized and ready to do battle and we think this will be good for Dean to get experience in the 450 class. Coming off his West coast it is good to keep him out there racing and getting seat time.”

Reed plans on attending most of the remaining Supercross races as team owner and as rider coach as Dean transfers his efforts from the Kawasaki KX250F to the KX450F.